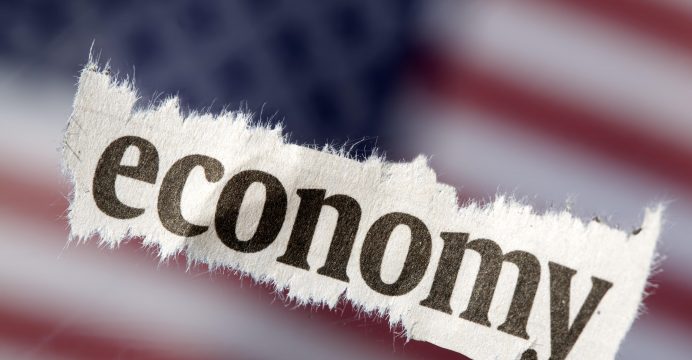 U.S. economy speeds up in second-quarter, wages continue to lag

The U.S. economy accelerated in the second quarter as consumers ramped up spending and businesses invested more on equipment, but persistent sluggish wage gains cast a dark shadow over the growth outlook.

Gross domestic product increased at a 2.6 percent annual rate in the April-June period, which included a boost from trade, the Commerce Department said in its advance estimate on Friday. That was more than double the first quarter’s downwardly revised 1.2 percent growth pace, reports Reuters.

Wage growth, however, decelerated despite an unemployment rate that averaged 4.4 percent in the second quarter. Inflation also retreated, appearing to weaken the case for the Federal Reserve to raise interest rates again this year.

“Although growth is solid, the lack of wage pressure buys the Fed plenty of time, and works with a very ‘gradual’ tightening cycle,” said Alan Ruskin, global head of G10 FX strategy at Deutsche Bank in New York. “There is more here for the Fed doves than the hawks.”

Prices of U.S. Treasuries rose after the data but pared gains as oil prices hit two-month highs. The dollar fell against a basket of currencies and stocks on Wall Street were trading lower following recent hefty gains.

Economists expect the Fed to announce a plan to start reducing its $4.2 trillion portfolio of Treasury bonds and mortgage-backed securities in September.

The U.S. central bank left rates unchanged on Wednesday and said it expected to start winding down its portfolio “relatively soon.” The Fed has raised rates twice this year.

The rise in second-quarter GDP was in line with economists’ expectations. Output was previously reported to have increased at a 1.4 percent pace in the first quarter.

The economy grew 1.9 percent in the first half of 2017, making it unlikely that GDP would top 2.5 percent for the full year. President Donald Trump has set an ambitious 3.0 percent growth target for 2017.

While the Trump administration has vowed to cut corporate and individual taxes as part of its business-friendly agenda, Republicans’ struggles in Congress to pass a healthcare restructuring have left analysts skeptical on the prospects of fiscal stimulus. So far, the impasse in Washington has not hurt either business and consumer confidence.