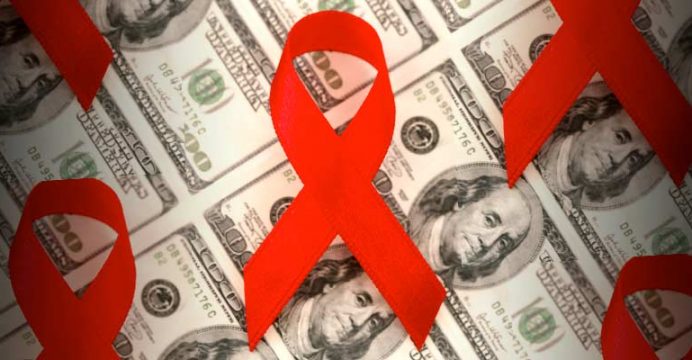 HIV experts joined forces in an official press conference at the 9th IAS Conference on HIV Science (IAS 2017) to issue a strong call for a renewed global commitment to funding for HIV research and programs, highlighting the return on investment for governments, communities and the private sector.

IAS 2017 takes place in the context of recent declines in global HIV funding and as major government donors are either calling for or considering further cuts to scientific research funding.

A recently released report from UNAIDS and the Kaiser Family Foundation found that government funding for HIV fell for the second year in a row in 2016, declining 7% over the previous year.  In current US dollars, this brings disbursements to their lowest level since 2010.

Additionally, a new AVAC report found that funding for HIV prevention R&D in 2016 decreased by 3% from the previous year, the lowest annual investment in more than a decade.

The US – the largest donor in the world’s HIV response – is threatening devastating funding cuts for research and treatment programs. amfAR and AVAC recently forecast that proposed US funding cuts, if fully enacted, would result in more than 1 million HIV treatment disruptions and nearly 150,000 AIDS-related deaths.

“Through investments like PEPFAR, we have seen what can be achieved when nations and donors come together to direct meaningful resources toward solutions.  PEPFAR has significantly impacted the global HIV epidemic.”

Several notable IAS 2017 studies examine the return on investment of HIV finances, including:

The expert panel included: Gregorio Millett, Vice President and Director of Public Policy at amfAR, who discussed the real-world impact of potential funding cuts; Solange Baptiste, Executive Director of the International Treatment Preparedness Coalition (ITPC Global), who spoke about why community investment and strengthening is critical; Charles Lyons, President and Chief Executive Officer of the Elizabeth Glaser Paediatric AIDS Foundation, who provided the perspective of an organization implementing HIV programmes; and Christine Lubinski, Vice President for Global Health at the Infectious Diseases Society of America, who underscored the need for continued research investments to better understand and respond to the epidemic.