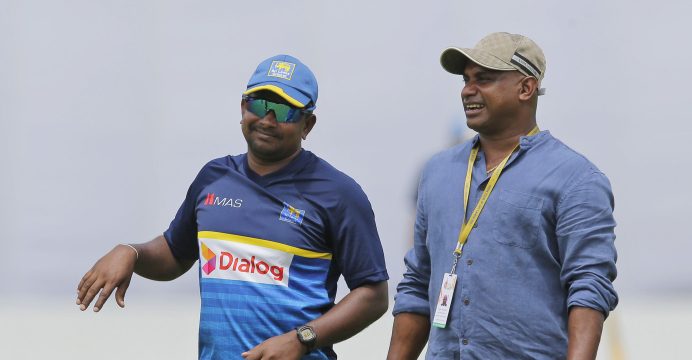 Challenge increases for Sri Lanka ahead of India series

The Sri Lankans were swept by South Africa in a three-test series before slumping to their first ever test defeat to Bangladesh.

A week ago, the Sri Lankans struggled to beat lowly-ranked Zimbabwe by four wickets in a one-off test after surrendering the five-match limited-overs series 3-2.

That’s far from an ideal preparation for a series against top-ranked India beginning Wednesday.

Both teams are below full strength, with newly-installed Sri Lanka captain Dinesh Chandimal ordered to rest after being discharged from a hospital on Sunday with a case of pneumonia. India opener Lokesh Rahul was left behind in Colombo to receive treatment for a viral flu and will miss the opening test.

Veteran spinner Rangana Herath will lead Sri Lanka in Chandimal’s absence while India was weighing up the options as to who will partner Abhinav Mukund in the absence of Rahul, who scored a pair of half centuries in his last test — the series-deciding win over Australia at Dharamsala in March.