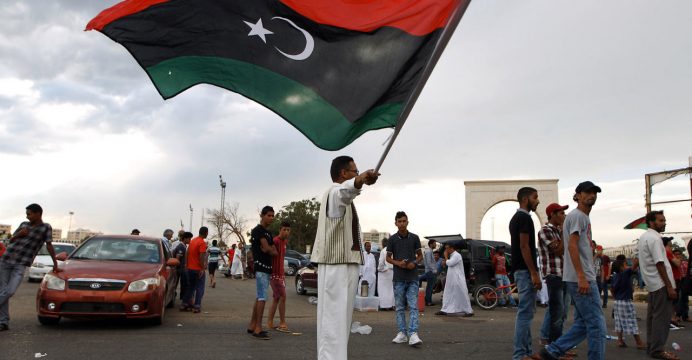 Earlier, France confirmed reports that it would host talks on Tuesday between Fayez al-Serraj, head of Libya’s U.N.-backed government in Tripoli, and Khalifa Haftar, a powerful military commander in the divided country’s east, reports Reuters.

Italy has previously taken the lead in efforts to bring peace to its former North African colony, throwing its weight firmly behind Serraj and viewing Haftar with great scepticism.

“Macron wants to be much more involved in Libya. That is fine, but he has brushed us away. We were not consulted,” said a diplomat in the Italian foreign ministry, who declined to be named because of the sensitivity of the issue.

“There is a lot of anger over this,” the diplomat added.

Opposition politicians accused Prime Minister Paolo Gentiloni’s government of allowing the French to push Italy out of the driver’s seat when it came to Libyan diplomacy.

“The Libyan meeting organized by France … shows the total failure of (Italy’s) foreign policy,” Giorgia Meloni, the leader of the rightist Brothers of Italy party, wrote on Twitter.

“(This has) taken away our nation’s traditional role of primary intermediary with Libya,” she added.

Macron’s office said it meant no disrespect to Italy. “This is not an initiative that excludes others,” the Elysee said.

Gentiloni’s government warmly welcomed the election of Macron in May, viewing the pro-European centrist as someone who could help Rome on an array of barbed issues — including how to handle the vast migrant flows across the Mediterranean.

At a summit in Trieste this month, Macron acknowledged that Paris had not always been as helpful as it could, but he has since failed to match actions to his words, leaving the southern French border firmly shut to migrants seeking to leave Italy.

Italy’s Romano Prodi, a former European Commission president, said Macron was putting French interests first at the expense of Italy and warned that as a result he could not always count on Rome’s support at the heart of Europe.

“Solidarity is perhaps symmetrical. To get you have to give,” Prodi wrote in Il Messaggero newspaper on Sunday, saying Macron was “particularly marginalizing” Rome.

Italy earlier this year reopened its embassy in Tripoli, the first Western diplomatic mission to return to Libya following the chaos that engulfed the country in the wake of the downfall of previous leader Muammar Gaddafi.

It has also set up a military hospital near the western city of Misrata and leads the European Union’s Mediterranean migrant mission which began training the Libyan coastguard last October.