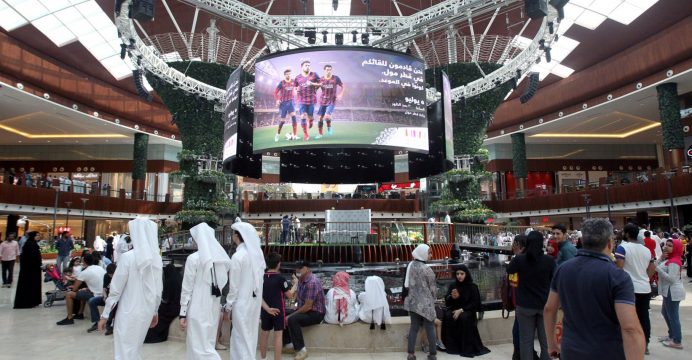 The refinancing of a $1 billion loan by Doha Festival City, a retail and hospitality complex in Qatar, has been indefinitely postponed as a diplomatic crisis deters regional banks from doing new Qatari business, bankers said.

The refinancing, coordinated by Doha-based investment bank QInvest, was marketed earlier this year to both Qatari and regional banks, including institutions in the United Arab Emirates. It was to have been larger in size than the original loan – perhaps around $1.2 billion, bankers said.

But Saudi Arabia, the UAE, Egypt and Bahrain cut diplomatic and transport ties with Qatar on June 5, accusing it of supporting terrorism, and the proposed deal has been put on hold, the sources said.

Two Qatari bankers involved in the deal told Reuters that the diplomatic crisis was the main reason for the deal being postponed, as it had reduced banks’ appetite for the transaction. The sanctions against Qatar meant non-Qatari banks would not participate, a senior banker in Doha said.

“Originally, the refinancing included some of the original lenders plus big banks from the UAE. Now it is not clear that the deal is going to happen,” he said, speaking on condition of anonymity as the matter is private , reports Reuters.

Another banker said Qatari banks looked at the refinancing when market interest rates were lower, but they were no longer keen on it now the crisis had tightened liquidity in the local market. The three-month Qatar interbank offered rate QAQAR3MD= has jumped more than 50 basis points since early June.