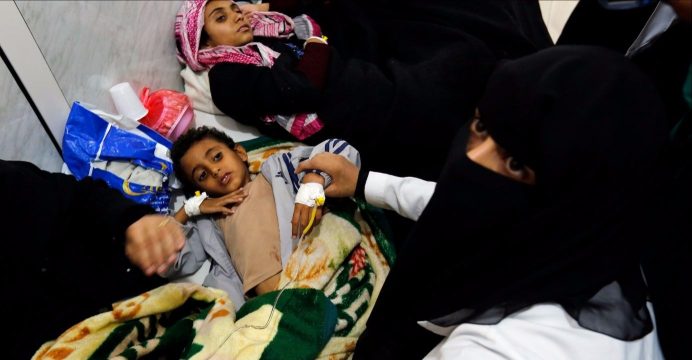 Yemen’s cholera outbreak is far from being controlled and may be further exacerbated by the rainy season, even if the rate of new cases appears to be slowing in some hotspots, the World Health Organisation said on Friday.

Oxfam projected the number could rise to more than 600,000 cases, “the largest ever recorded in any country in a single year since records began”, exceeding Haiti in 2011, reports Reuters.

Nigel Timmins, the charity’s humanitarian director who has just returned from the country, said: “Cholera has spread unchecked in a country already on its knees after two years of war and which is teetering on the brink of famine. For many people, weakened by war and hunger, cholera is the knockout blow.” 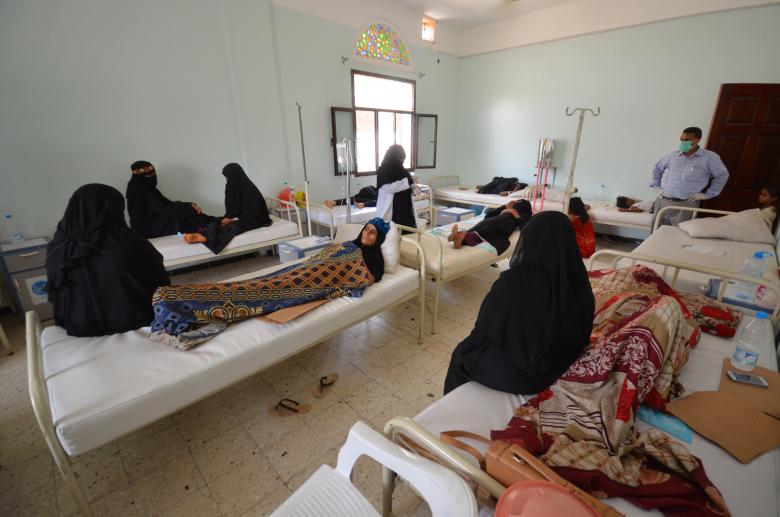 The WHO reported 368,207 suspected cases and 1,828 deaths in the Arabian Peninsula country since late April.

“Every day we have 5,000 more Yemenis falling sick with symptoms of acute watery diarrhoea or cholera,” WHO spokeswoman Fadela Chaib told a news briefing in Geneva.

“Yemen’s cholera outbreak is far from being controlled, the rainy season has just started and may increase the paths of transmission. Sustained efforts are required to stop the spread of this disease,” she said.

Surveillance data “confirms a slight decline in suspected cases over the past two weeks” in some of the most affected governorates – Amanat Al Asimah, Amran, and Sana’a, Chaib said.

But great caution was called for as there is a backlog in reporting and data is still being analyzed, she said. Oxfam, which is based in Britain, said Yemen’s rainy season from July to September would increase the risk of the disease spreading further through water contaminated with feces.