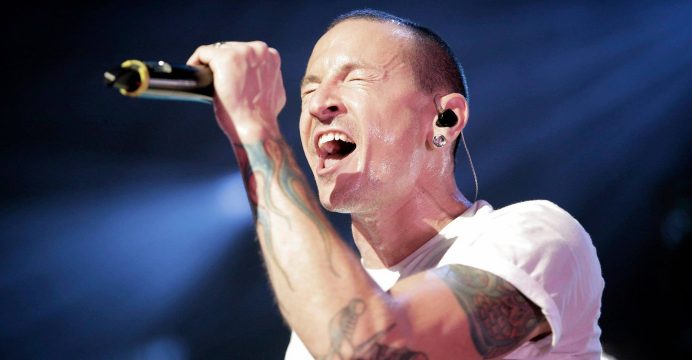 Chester Bennington, the lead singer of band Linkin Park, died at his home in Los Angeles County on Thursday morning in what is being treated as a suspected suicide. He was only 41. Chester was married with 6 children from 2 wives.

Law enforcement sources says the singer hanged himself at a private residence in Palos Verdes Estates in L.A. County. Bennington was open about his troubled life, including an introduction to smoking pot after his parents divorced when he was 11, which escalated to cocaine and methamphetamine use. He was also suffered sexual abuse as a child, he said.

The news caused an outpouring of grief among celebrities, especially coming so soon on the heels of the death of Soundgarden frontman Chris Cornell, a close friend of Bennington’s who committed suicide in May. Bennington had reportedly performed Leonard Cohen’s “Hallelujah” at Cornell’s memorial service.

His fans are posting tribute on social media using the lyric of his song.