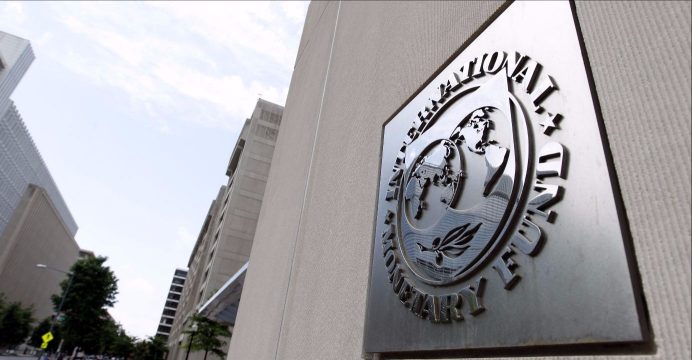 The International Monetary Fund on late Thursday approved a new, $1.8 billion loan program for Greece but will not release any funds immediately, in a highly unusual compromise step.

The IMF last month announced it would revive the seldom-used option of approving a loan “in principle,” in order to convince euro zone finance ministers to release desperately-needed new funds to Greece, reports BSS.

The latest 8.5 billion euro disbursement from the euro zone loan program for the crisis-hit nation was approved last week, just in time for Athens to avert a default on a seven-billion euro debt payment.

The Washington-based IMF has insisted that Greece’s debt load is unsustainable and will require significant debt relief from the eurozone.

However, Germany has refused to consider more debt relief unless the IMF participated in a loan program, creating an impasse that lasted for many months.

The unusual move to approve a loan with no immediate funds was a compromise response, but fund officials insist it is not bending the rules. The tactic was used in 19 cases previously, all in the 1980s, for countries like Argentina, Brazil, Mexico and Yugoslavia.

The Greek economy nearly collapsed in 2010 under a mountain of debt and it had to be bailed out by its eurozone partners three times to prevent it bringing down the single currency bloc.

The funds from European Stability Mechanism (ESM) will keep feeding the debt-ridden country with low rate loans until the end of the bailout program in July 2018.