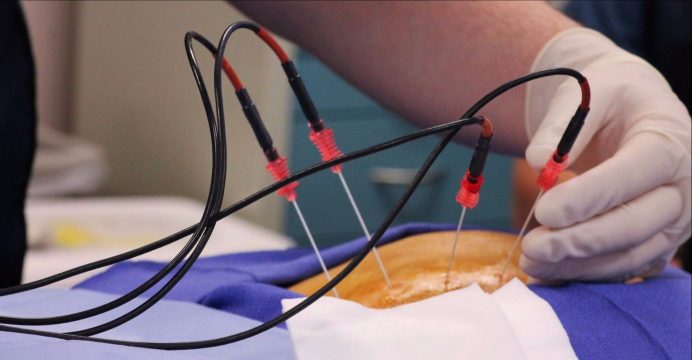 A new treatment for chronic back pain

Radiofrequency denervation, or nerve ablation, is used to treat patients with chronic low back pain associated with facet or sacroiliac joints or intervertebral discs.

However, evidence of the procedure’s effectiveness is modest, at best. Now, researchers report the results of three nonblinded randomized trials from the Netherlands that involved 681 patients with chronic low back pain arising from facet joints, sacroiliac joints, or a combination of these joints and intervertebral discs, as assessed by physical examination and confirmed by diagnostic nerve blocks.