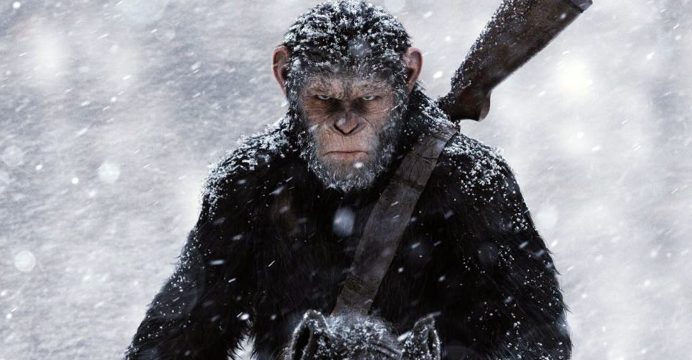 ‘War for the Planet of the Apes’ howl past ‘Spider-Man’

“War for the Planet of the Apes” took down “Spider-Man: Homecoming” at the North American box office, opening with an estimated $56.5 million in ticket sales.

Though some initially expected a closer race, “Spider-Man” dropped to second with $45.2 million after its $117 million debut last weekend.”War for the Planet of the Apes” won a 94 percent fresh rating on Rotten Tomatoes, reports UNB.

Summer, rarely a critics’ paradise, is suddenly flush with good movies. Fox’s “Apes” led something of a summer anomaly: There is an unusual confluence of acclaimed films in release. Five of the top six at the box office (“Apes,” ”Homecoming,” ”Baby Driver,” ”The Big Sick” and “Wonder Woman”) boast Rotten Tomatoes rankings of 92 or better, and the sixth (“Despicable Me 3”) was largely received as a solid enough family release.

CultureHomecomingMovieSpider-ManWar for the Planet of the Apes