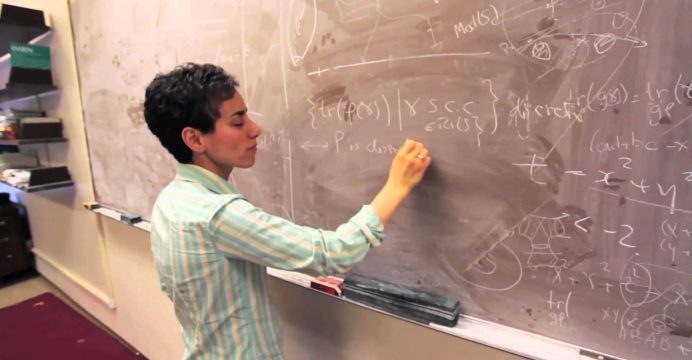 The first woman to win the prestigious Fields Medal prize for mathematics, Maryam Mirzakhani, has died at the age of 40.

A professor at Stanford University in California, she had been fighting a four-year battle against breast cancer which had spread to her bone marrow, according to reports.

Born in Iran, she died in a US hospital, and was awarded the Fields Medal – considered the mathematics equivalent of the Nobel Prize – in 2014.

The award recognised her highly original work in the fields of geometry and dynamical systems, citing “her outstanding contributions to the dynamics and geometry of Riemann surfaces and their moduli spaces”.

Wisconsin professor Jordan Ellenberg described her research in a blog post at the time: “[Her] work expertly blends dynamics with geometry. Among other things, she studies billiards.

“But now, in a move very characteristic of modern mathematics, it gets kind of meta: She considers not just one billiard table, but the universe of all possible billiard tables.

Professor Mirzakhani graduated from the Sharif University of Technology in Tehran in 1999.

She went on to complete a PhD on hyperbolic surfaces – theoretical doughnut-like shapes – at Harvard in 2004.

Curtis McMullen, her doctoral adviser, had won the Field Medal himself in 1998.

She later collaborated with American mathematician Alex Eskin on research about the dynamics of abstract surfaces connected to billiard tables.