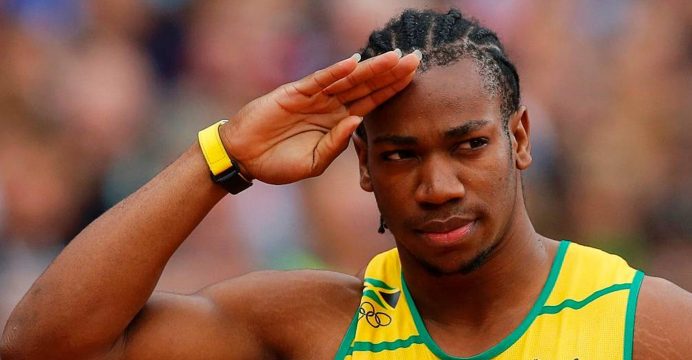 Jamaican Yohan Blake, the 2012 Olympic 100 and 200 meters silver medallist, is down playing the seriousness of a groin problem which ruled him out of Sunday’s 100m at the Diamond League meeting in Rabat, Morocco.

“It is not an injury, I felt some discomfort in the groin area,” Blake told Reuters from the North African country on Saturday.

“With three weeks to go to the world championships I am being cautious,” added the youngest world 100m champion from 2011.

Blake, who posted 9.90 and 19.97 seconds to win the sprint double at Jamaica’s national trials last month in Usain Bolt’s absence, is among the medal contenders for the sprint events in London.

The second fastest man of all time with 9.69 and 19.26 seconds respectively is scheduled to get an assessment from German doctor Hans-Wilhelm Muller Wolphart in Munich on Tuesday.