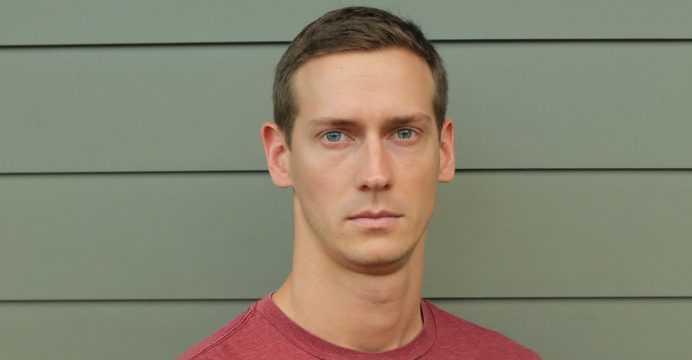 A veteran stuntman died this week from injuries sustained when he fell from a height of 20 feet to a concrete floor on a production set for the AMC horror series “The Walking Dead,” a Georgia coroner said on Friday.

John Bernecker, 33, died on Wednesday night on a set in Senoia, about 40 miles south of Atlanta, said Cowetta County Coroner Richard Hawk, who ruled the death as accidental.

Bernecker suffered blunt force trauma to the head and was flown from the scene to Atlanta Medical Center, where he was pronounced dead, Hawk said.

After the accident, production was suspended on the eighth season of “The Walking Dead.” The popular show, adapted from the comic book series of the same name, tells the story of a world overrun by zombies.

It was the second high-profile death on a production set in Georgia in recent years.

Sarah Elizabeth Jones, 27, of Atlanta, died in February 2014 after being hit by a train while the movie crew for a Gregg Allman biopic set up equipment to film on train tracks near Savannah.

Bernecker appeared as a stuntman in a number of television shows and films, including “The Hunger Games: Mocking Jay” parts 1 and 2, and “Logan,” according to Variety and his page on IMDb, a website that profiles television and movie workers.