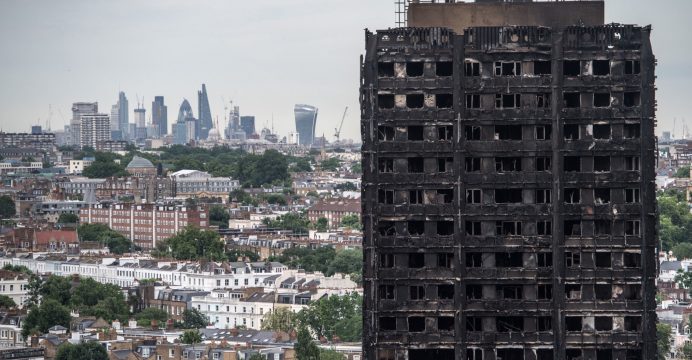 At least one survivor of the Grenfell Tower fire was diagnosed with cyanide poisoning, BBC Newsnight has learned.

Medical discharge papers show 12-year-old Luana Gomes was treated for the effects of the highly toxic gas, which may have been released by burning of insulation or plastics during the fire.

Her sister and mother were also treated for risk of cyanide poisoning.

Mrs Gomes was seven months pregnant at the time of the blaze and lost her unborn baby.

It has previously been reported that three Grenfell survivors were treated with a cyanide antidote but this is the first confirmation of a cyanide poisoning diagnosis.

Andreia Gomes and her daughters were placed in medically induced comas when they were admitted to Kings College Hospital.

Mrs Gomes was unconscious for four days, Luana for six days and her sister Megan was kept in a coma for a week.

Luana’s discharge record states that she was diagnosed with “smoke inhalation injury” and “cyanide poisoning”.

It also records that she received two doses of hydroxycobalamine “for cyanide poisoning”.

All three women were treated with a cyanide antidote though only Luana was diagnosed as having been poisoned.

Victims of cyanide are effectively choked by the toxic gas. Symptoms include headaches, dizziness, confusion, vomiting and convulsions. At high concentrations it can cause rapid death.

“The effects are really quick… you could die within seconds depending on the level of exposure,” says clinical toxicologist and emergency medicine and critical care consultant Dr Johann Grundlingh.