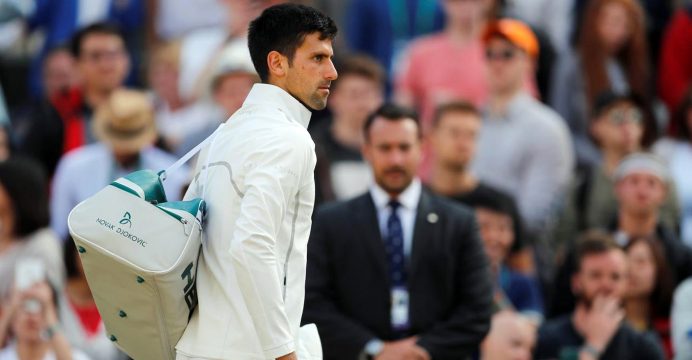 Djokovic out of Wimbledon after retiring hurt against Berdych

Three-times Wimbledon champion Novak Djokovic’s painful year continued as he retired with an elbow injury during his quarter-final against Czech Tomas Berdych on Wednesday.

The second seed had lost the opening set and was down a break in the second when he walked to the net and shook his opponent’s hand.

The retirement, with the score at 7-6(2) 2-0, came shortly after the 30-year-old Serb called a medical timeout.

Djokovic said his right elbow had been bothering him for over a year and a half and that he had been feeling pain from the beginning of the tournament. 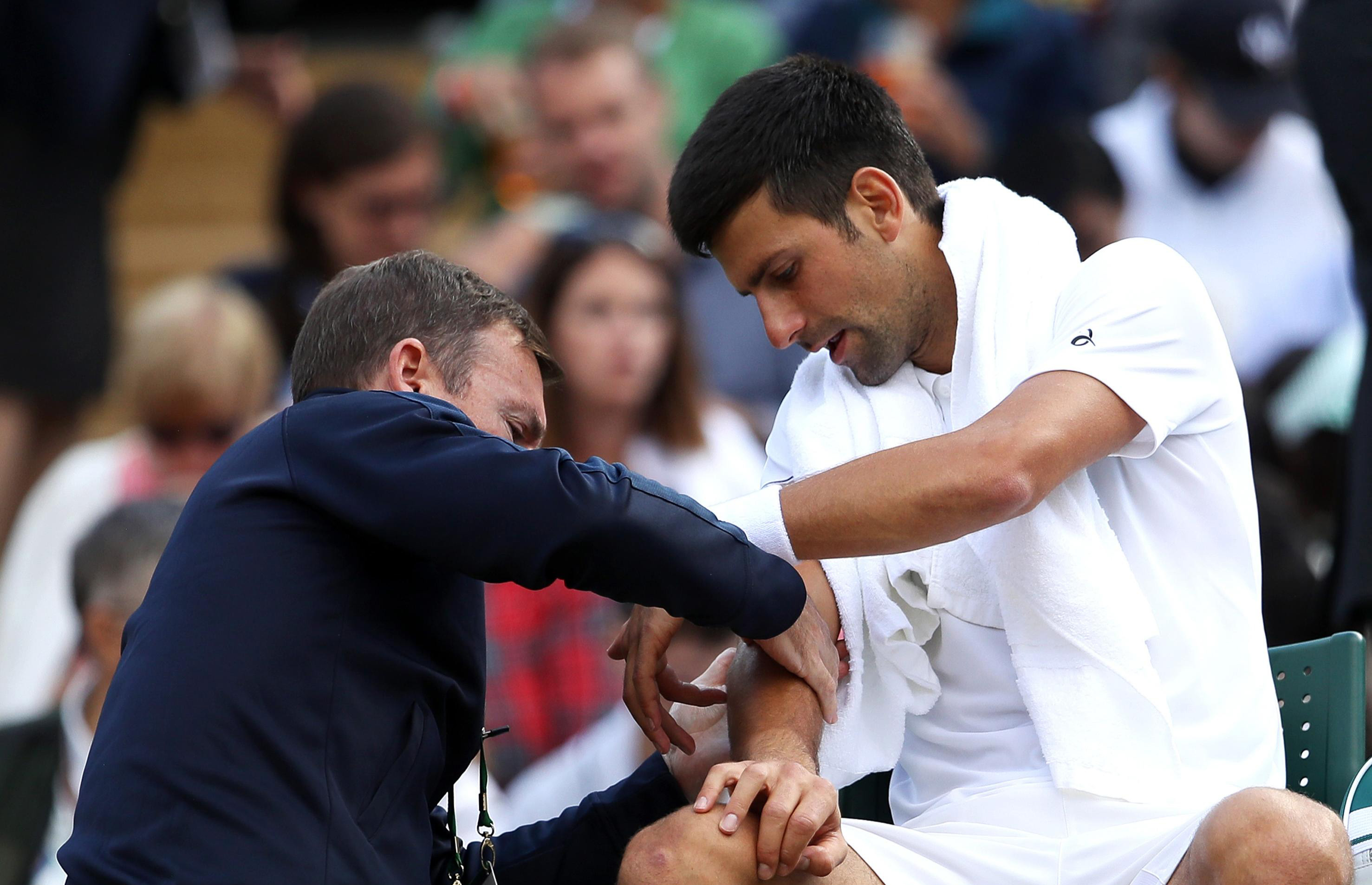 “The intensity and the level of pain was not decreasing. It was only increasing as the days went by,” he said. “Unfortunately, today was the worst day.

“It’s unfortunate that I had to finish Wimbledon, a grand slam, this way,” he added. “I mean, if someone feels bad about it, it’s me. But, you know, I tried.”

He also said the postponement of his last-16 match against Adrian Mannarino, which was pushed a day to Tuesday because of the marathon five-setter in which Gilles Muller beat Rafael Nadal, might have played a role.