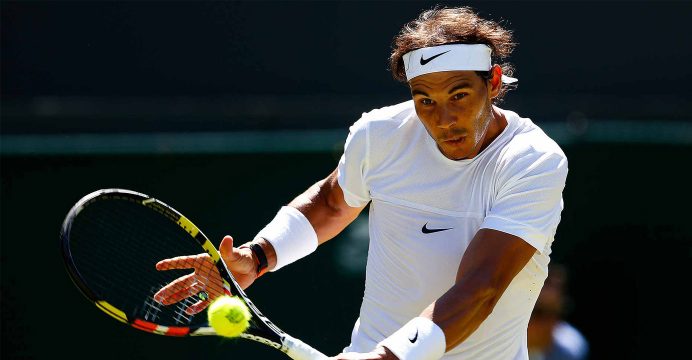 Rafael Nadal must have realised it wasn’t going to be his day at Wimbledon when he bashed his head against a door frame performing a warm-up leap in the bowels of Court One as he prepared to face Gilles Muller on Monday.

Almost five hours later, the great Spaniard was nursing a weighty dose of hurt pride as yet another Wimbledon campaign slipped away from him.

His dramatic 6-3, 6-4, 3-6, 4-6, 15-13 fourth round defeat against Luxembourg’s 16th seed Muller was his fifth exit before the quarter-finals in his last five visits to the All England Club.

It was a heartbreaking blow for Nadal who arrived at the tournament fresh from a record-setting 10th French Open title with genuine belief that he could capture a third Wimbledon title and a 16th career major.

Despite his disappointment, and what appeared a valedictory wave to all corners of the shell-shocked court, the 31-year-old insisted he will be back in 2018.

“I never said I am not going to come back. I want to come back because I want to play more times in the Centre Court,” said Nadal.

Nadal feels he owes his fans a successful last hurrah at a tournament where he has also been runner-up on three occasions.

“Great feeling. Great atmosphere. I put everything on the court. I played with all my passion. The crowd normally appreciate that,” said the 2008 and 2010 champion.

“Sorry for the crowd that were supporting me.”