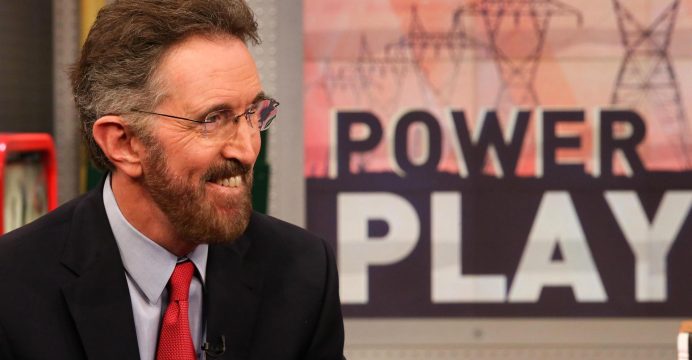 Elliott Management Corp, the largest creditor of the bankrupt parent of Oncor Electric Delivery Co, unveiled a plan on Monday to best Berkshire Hathaway Inc’s deal for the Texas utility with a bid worth $18.5 billion, including debt.

Elliott revealed in documents published on its website it was unhappy with the recovery to some creditors under an $18.1 billion deal announced by billionaire Warren Buffett’s Berkshire on Friday. The hedge fund believes its acquisition offer would result in a higher payout to debtholders, reports Reuters.

New York-based Elliott’s proposal to acquire Energy Future Holdings Corp calls for a complex conversion of its debt to equity and for an outside equity partner to help finance the deal. Reuters first reported on Elliott exploring a bid for Oncor on Friday.

The offer from the hedge fund, which says it has more than $32 billion under management, would be a rare challenge to Buffett, who avoids auctions for companies and has told his investors he does not like to participate in bidding wars. But even without a competing bid, Buffett’s deal faces a difficult road securing the approval of a bankruptcy court judge without Elliott supporting it.

“We are extremely concerned that introducing a transaction with Berkshire at the current time will significantly undercut and potentially limit Elliott’s ability to provide a portion of the financing necessary to achieve the higher and otherwise superior transaction Elliott has proposed,” the hedge fund said in a letter to the board of Energy Future dated July 5 and released on Monday.

Berkshire’s offer would help Energy Future exit its costly bankruptcy, which has stretched for over three years as other deals for its crown jewel Oncor fell apart. Energy Future’s power generation and retail electricity business were separated from Oncor and emerged from bankruptcy last year.

Elliott, run by billionaire Paul Singer, also disclosed on Monday that it would keep in place a corporate “ringfencing” structure that would prevent debt from being added to Dallas-based Oncor, or too much cash being paid out as dividends.

Regulators in the utility’s home state of Texas have demanded such a structure. That was the reason Florida utility NextEra Energy Inc’s $18.7 billion deal for the utility collapsed earlier this year.

Berkshire Hathaway already has reached an agreement on a consensual approval process with regulators, according to a statement from an adviser to Energy Future filed in bankruptcy court.

Elliott’s disclosures came after Energy Future filed its new bankruptcy plan of reorganization on Friday. It proposed repaying the unsecured debt that Elliott holds at 18 cents on the dollar.

Should Elliott succeed in its offer for Energy Future its unsecured debt would have a recovery of 50 cents on the dollar, according to people familiar with the matter.

Elliott holds $2.9 billion of Energy Future’s secured and unsecured debt, enough to try to block the reorganization plan with Berkshire, the people said.

Elliott built up most of its position in Energy Future’s debt after Texas regulators rejected NextEra’s offer earlier this year, causing bond prices to crash, the sources said.