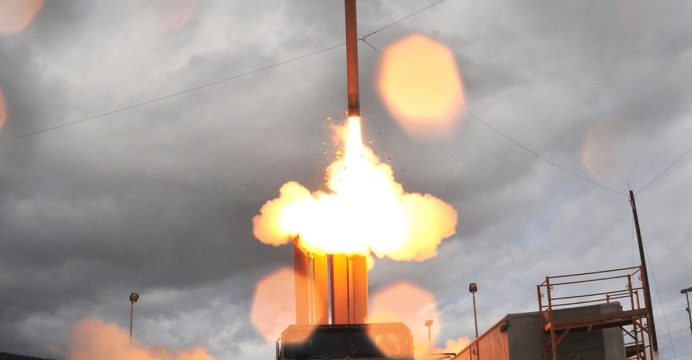 The United States plans to carry out a new test of its THAAD missile defense system against an intermediate-range ballistic missile in the coming days, two U.S. officials told Reuters on Friday, as tensions with North Korea climb.

Despite being planned months ago, the U.S. missile defense test will gain significance in the wake of North Korea’s launch of an intercontinental ballistic missile (ICBM) on July 4 that has heightened concerns about the threat from Pyongyang, reports Reuters.

The test will be the first of the Terminal High Altitude Area Defense (THAAD) to defend against a simulated attack by an intermediate-range ballistic missile (IRBM), one of the officials said. The THAAD interceptors will be fired from Alaska.

The United States has THAAD interceptors in Guam that are meant to help guard against a missile attack from a country such as North Korea.

The officials who disclosed to Reuters the precise nature and timing of the upcoming test spoke on condition of anonymity.

Asked by Reuters, the U.S. Missile Defense Agency (MDA) confirmed that it aimed to carry out a THAAD flight test “in early July.”

Chris Johnson, an MDA spokesman, said the THAAD weapon system at the Pacific Spaceport Complex Alaska in Kodiak, Alaska, would “detect, track and engage a target with a THAAD interceptor.”

“The test is designated as Flight Test THAAD (FTT)-18,” Johnson said. He did not elaborate.