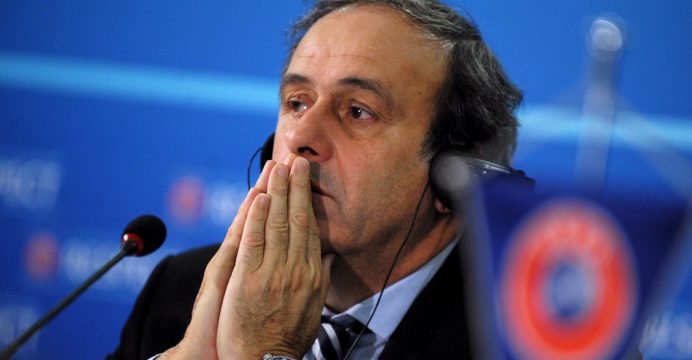 Platini was hit with the penalty over a $2 million payment he received in 2011, authorised by then FIFA chief Sepp Blatter for work he did a decade earlier, with no contract to show for the deal.

He was initially hit with an eight-year ban by the FIFA Ethics Committee in late 2015, at the height of an unprecedented scandal that upended world football, but his suspension was later cut to six years upon appeal.

Platini appealed his suspension to the Court of Arbitration for Sport (CAS), which in May 2016 chopped another two years off the suspension, and he took the case further to the Federal Court in Lausanne.

Switzerland’s highest court ruled that the ban is justified and that four years was not an unreasonable length of time, ATS reported.

In theory, Platini can therefore resume football-linked activities in 2019.

His lawyer complained that the federal court had examined the case from “too narrow an angle”, and that Platini was “very disappointed that (the court therefore) failed to recognise that he acted in good faith”.

Blatter, who was also slapped with a six-year ban, and Platini were the most prominent casualties of the massive scandal that rocked the world of football, and which ended Platini’s aspirations to take over the helm of FIFA.