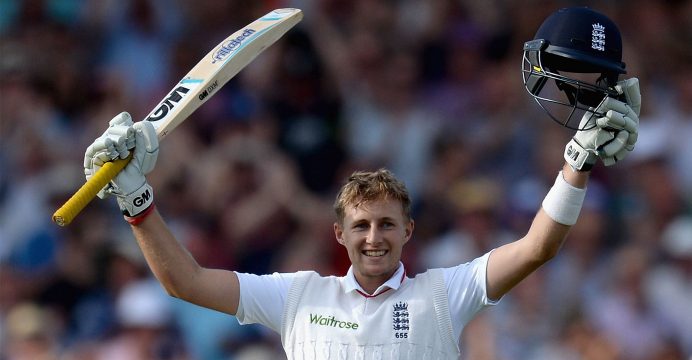 Joe Root marked his first Test as England captain with a century against South Africa on the first day of the series opener at Lord’s on Thursday.

Root swept left-arm spinner Keshav Maharaj to reach the landmark in 150 balls, including 15 fours, after more than four hours at the crease.

It was the 26-year-old Yorkshireman’s 12th Test hundred in 54 matches at this level.

Root was appointed as skipper in succession to Alastair Cook back in February but this was England’s first Test since then.

Root, who won the toss, and new vice-captain Ben Stokes (56) had earlier added 114 for the fifth wicket following a top-order collapse that saw England slump to 76 for four.

This is the first of a four-Test series.