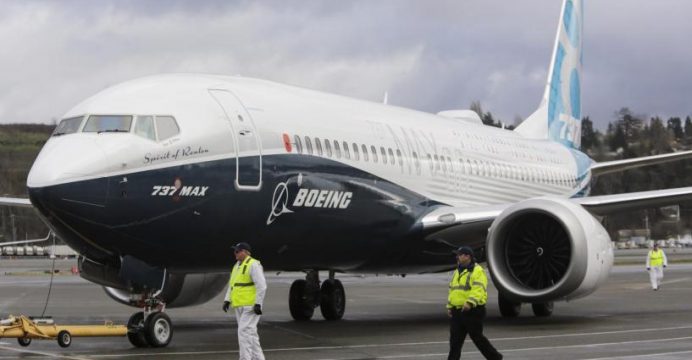 Boeing Co said on Friday it delivered 183 jetliners in the second quarter, down from 199 a year earlier. The company delivered 123 of its single-aisle 737s in the latest quarter, compared with 127 in the same period a year ago.

Deliveries of its 787 Dreamliners fell to 33 in the three months ended June, from 38. The world’s biggest planemaker is transitioning to a newer version of its most popular aircraft, the 737, reports Reuters.

The company delivered the first 737 MAX, the latest version of the single-aisle jet, to Malaysia-based Malindo Air in May. Boeing also said on Friday it booked total orders of 212 aircraft in the second quarter.