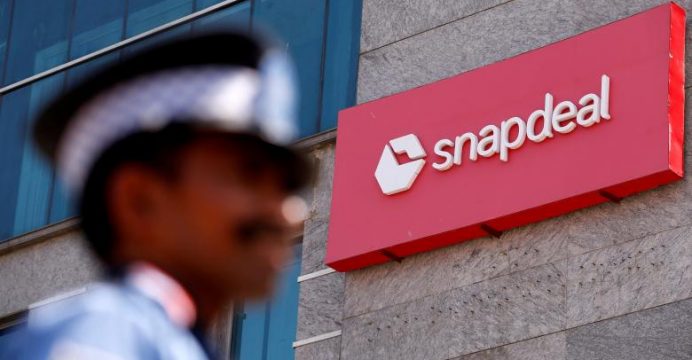 India’s No. 3 e-commerce firm Snapdeal has rejected an initial takeover offer from its larger rival Flipkart, but talks between the two camps that have been working on forging a deal for months continue, sources close to the matter said.

The Snapdeal board rejected the bid as it was below a valuation of $1 billion indicated earlier by Flipkart, two sources familiar with the negotiations said, reports Reuters.

Flipkart had estimated Snapdeal, which is operated by Jasper Infotech, to be worth $1 billion in a non-binding term sheet which was to be followed by due diligence, one source said. Snapdeal opened its books to Flipkart in May for the company to run the due diligence process on it.

Japan’s SoftBank, Snapdeal’s biggest investor, is keen to fold the e-commerce firm into Flipkart and take a large stake in India’s biggest e-commerce player through an all-equity deal.

A merger will help Flipkart, which is already backed by Microsoft Corp, China’s Tencent and online auction site eBay, bulk up and stay ahead of Amazon, which is expanding rapidly in the world’s fastest-growing internet services market. Flipkart, Snapdeal, and their key investors did not immediately respond to requests for comment.

The due diligence, run by auditor Ernst & Young and law firm Khaitan & Co, came up clean, but Flipkart knocked down the price without a reason, said the first source, adding that Flipkart’s top investor Tiger Global indicated that it would revert with a new offer.

The exclusivity period around talks with Flipkart ended on July 2, however, and Snapdeal could engage in talks with other interested parties, said the source.

Flipkart has not currently bid for Snapdeal’s logistics arm Vulcan Express and its digital payments venture FreeCharge, one of the sources said, adding that these assets may be sold separately.