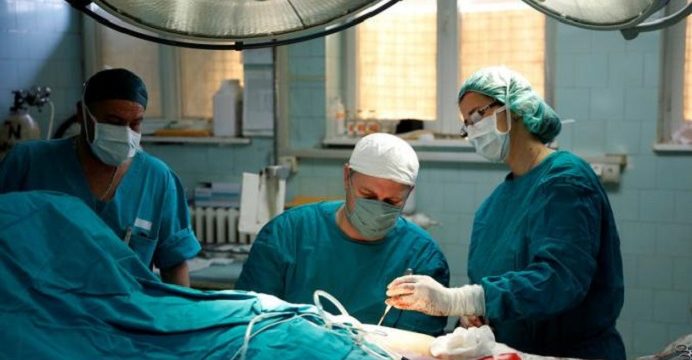 Germany plays emerging role as a leader in global health

Ahead of the G20 in Hamburg this week (7-8 July), a special issue of The Lancet examines Germany’s health system and the country’s emerging role as a leader in global health.

The two-paper Series is led by authors from the Berlin Institute of Technology (TU Berlin) and the Geneva Graduate Institute (IHEID) and accompanied by a Comment from Germany’s Minister of Health, Hermann Gröhe.

RESILIENT HEALTH SYSTEM, BUT POTENTIAL OVERTREATMENT SHOULD BE ADDRESSED

The German health system is the world’s first social health insurance system and has proven remarkably resilient over its 135-year history marked by revolutions, wars, economic crises, and the separation and reunification of the country. A series of gradual reforms, especially in the early years, has expanded the population groups and benefits covered, achieving near-universal health coverage. Since its inception, the health system has been based on the principles of solidarity and self-governance.

Today, as the health system increasingly encourages competition and market orientation, the principles of solidarity and self-governance have not been lost, leading to good access to health care, without substantial shortages or waiting times.

The population’s growing satisfaction with the health system does not suggest a need for fundamental reform, but the practice of self-governance, with limited state control, has led to an oversupply of medicines, excess in inpatient beds and issues delivering continuity of care.

For instance, Germany has a bed capacity of 65% above the EU15 average, with a high mean of hospital days per person (1.74 days per person; compared to 0.71 in Denmark). A trend that has yet to be publicly acknowledged is the increase in consumption of medicines by more than 50% from 2004 to 2015, raising potential concerns about overprescribing.

Professor Reinhard Busse, Berlin Institute of Technology, and co-author of the Series says: “As the world progresses towards Universal Health Coverage, Germany’s health care system provides an interesting example to look at, potentially providing lessons for other countries. The German system is based on the founding principle of self-governance, and the decision-making authority for health is kept outside of politics. The main role of government is as a steering and regulatory capacity. This has led to a high-quality health system, improved through gradual improvements, rather than dramatic reform. However, signs of potential overtreatment, and concerns about continuity of care point to the need to further improve quality and cost effectiveness of the system.”

Through its presidencies of the G7 and G20 Summits, and amid concerns about the long-term political and financial commitment of the USA and UK, Germany has emerged as an increasingly visible player in global health. This new role has also been propelled by strong governmental leadership at the highest level, influential engagement during and following the Ebola virus disease outbreak and strong support for the World Health Organisation.

However, to claim leadership, the authors warn that the country role must also increase its financial commitment to reach the 0.1% target of official development assistance for health. Germany has the potential to be a strong partner helping fund and drive global health research, especially in low-income countries but it will also need to increase its expertise in global health and strengthen its academic institutions in this area.

Dr. Ilona Kickbusch, Graduate Institute of International and Development Studies, Geneva and co-author of the Series says: “Germany’s longstanding commitment to multilateralism and to social protection also finds its expression in the German approach to global health. This is critical in the SDG era where access to Universal Health Coverage is center stage and collective and equitable approaches to health security are required. For global health, it will be critical that Germany maintains its strong political support of global health and matches it with increased policy coherence and investments both at home and abroad.”

While the country has been praised for welcoming 1.2 million refugees in 2015 and 2016, access to health care for refugees and migrants is lower than in some other countries. Additionally, Germany’s contribution to the Framework Convention on Tobacco Control was mixed, and tobacco advertising in cinemas and on buildings is still not banned in Germany. The authors call on Germany to resolve these incoherencies in its domestic and international policies.