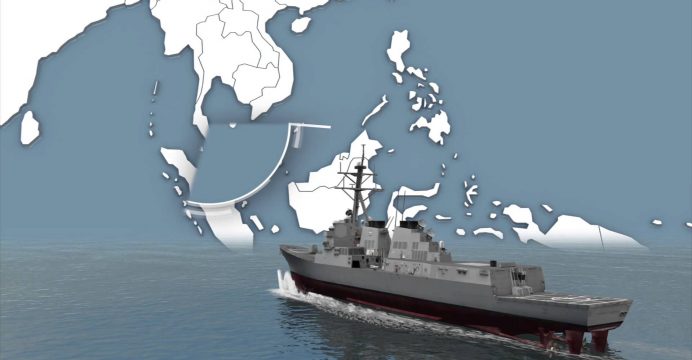 A U.S. warship sailed near a disputed island in the South China Sea claimed by China, Taiwan and Vietnam on Sunday in an operation meant to challenge the competing claims of all three nations, a U.S. Defense Department official said.

The USS Stethem, a guided-missile destroyer, sailed within 12 nautical miles of Triton Island, part of the Paracel Islands in the South China Sea, the official said, reports Reuters.

The operation was first reported by Fox News on Sunday.

It was the second “freedom-of-navigation operation,” or “fonop,” conducted during the presidency of Donald Trump, following a drill in late May in which a U.S. warship sailed within 12 nautical miles of an artificial island built up by China in the South China Sea.

China’s Ministry of Foreign Affairs said in a statement the U.S. ship had made an unauthorized entry into China’s territorial waters.

The operation was a “serious political and military provocation,” said the statement, issued late on Sunday, citing ministry spokesman Lu Kang. It said China had sent battle ships and fighter jets to warn off the Stethem.