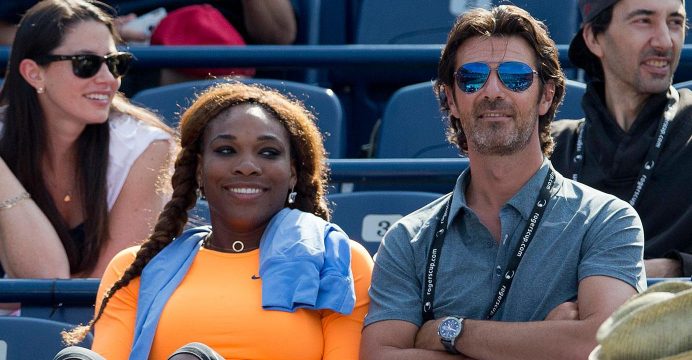 Two-time winner Petra Kvitova and world number three Karolina Pliskova will be tough to beat at Wimbledon because the tournament’s grass courts suit their games down to the ground, Serena Williams’ coach Patrick Mouratoglou has said.

With last year’s champion Williams taking time out to give birth to her first child, Mouratoglou also said home hope Johanna Konta has a chance if she can handle the pressure.

The event will be Kvitova’s third tournament after recovering from serious injuries suffered during a stabbing attack in December and the 27-year-old won her pre-Wimbledon grass tournament at the Aegon Classic in Birmingham last month.

French Open semi-finalist Pliskova is on the hunt for her fourth title this year after winning the Aegon International last Saturday and Mouratoglou believes that both players can continue their impressive form on the surface.

“Wimbledon is as open but with a little difference compared to Roland Garros and that’s because grass is very special – it’s a big advantage for those players whose games fit well with grass,” Mouratoglou told the WTA website.

“Players like Petra (Kvitova), Karolina Pliskova and a few others have an advantage over the others because of their game styles matching so well with grass.”

The Frenchman added that Konta would have to channel the home crowd in a positive manner if she was to have any chance.

Kvitova and Konta will start their Wimbledon campaigns by facing Sweden’s Johanna Larsson and Taiwan’s Hsieh Su-Wei in the first round later on Monday.