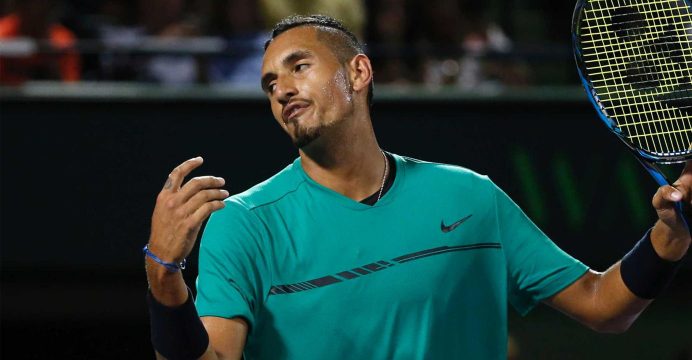 Australian 20th seed Nick Kyrgios, who retired injured from Wimbledon on Monday, knew he was struggling with a hip injury even as he came out on court but he wanted to give his favorite tournament a shot.

The talented 22-year-old called for the physio and packed up after losing the first two sets to doubles specialist Pierre-Hugues Herbert 6-3 6-4, having hardly run for any of the Frenchman’s peppering of drop shots, lobs and passing shots.

Kyrgios was also forced to retire during his first-round match at the Queen’s Club Championships in London last month after falling awkwardly, and had come into Wimbledon saying he was only about 60 to 65 percent fit.

“I kind of knew I was in trouble. I have been feeling my hip ever since I fell over at Queen’s. Never got it right. I was doing everything I could to help it, but just not enough time,” a despondent Kyrgios told reporters. 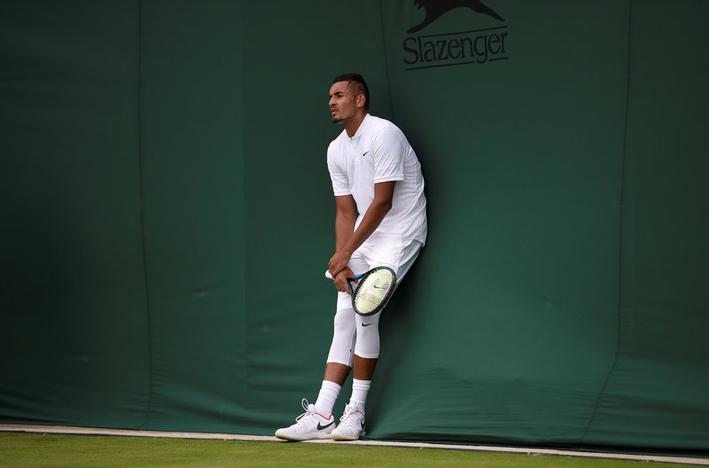 “I spoke to the doctor before the tournament started. He was leaning towards me not even playing. It’s my favorite tournament. I do well here every year. So it’s tough for me to go out there and get beaten and pull out.”

After being broken in the second set to go down 4-3, Kyrgios sat at first shaking his head then with his head in his hands.

It reflected his despair and the disappointment of a packed Court Three crowd who had rushed for the non-allocated seats to see a maverick player who is normally an acrobatic crowd-pleaser.

Indeed, such is his usual self-belief, Kyrgios said he could have had a chance of victory against a different player.

“I thought I could win. Obviously, probably not against him, but some opponents if I played them today, I probably still could have won,” he said.

Kyrgios, who had never lost in the first round at Wimbledon, reached the last 16 last year before being beaten by eventual champion Andy Murray.

He made it to the quarter-finals in 2014, losing to Canada’s Milos Raonic, and for Australian great Rod Laver, he is a man who can reach the top if he stays injury-free and works out his training regime and discipline.

“I think Nick can win Wimbledon one year, he has the firepower and the variety and he can volley,” he told Reuters in the run-up to the tournament.

“I think he has certainly got the potential. But I wonder if he is fit enough. Could he be a bit more flexible? His back gets sore, the shoulder goes out, the legs get sore. He is prone to injury and in long five setters, I don’t know.”