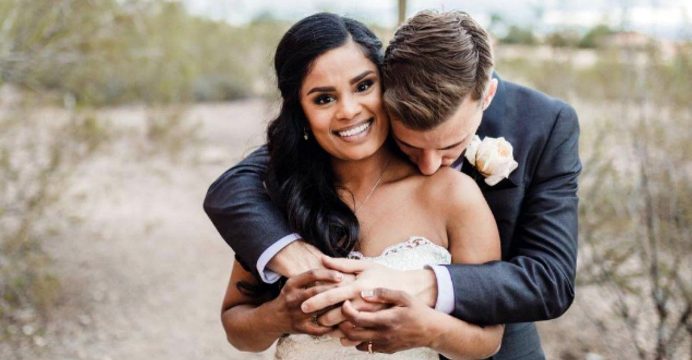 A man who predicted he’d marry his preschool sweetheart when he was just three years old has tied the knot with her 20 years later.

Matt Grodsky married Laura Scheel in December, and said one of his very first memories is “of being three years old and standing up in front of my preschool class, declaring that I would marry her someday”.

Their romantic story gained wider attention when details and pictures were published by the Instagram account ‘The Way We Met’.

He said: “As kids, Laura taught me how to ride the swings, draw rolling hills, and the ‘right way’ to properly eat string cheese.

“I was enamoured with Laura as a child, and I still am to this day,” he added.

He has spoken of his memories of playing hide and seek with Laura, and stay awake together even during nap time.

They lost touch when they went to elementary school, and Matt said that for the next seven years they would only see each other’s faces on family Christmas cards that were exchanged.

A mutual friend re-introduced them in high school, and they dated ever since. Then, in May 2015, he said he “decided to stay true to my preschool pledge” and proposed to her “in the place it all began … (outside) our preschool classroom”.

She thought they were there just there for a picnic, but Matt got down on one knee and asked her to marry him, and she accepted. Matt’s secret to catching her eye in the first place? His skills at smashing open a piñata.

He told Huffington Post: “I remember trying to impress her during a Cinco De Mayo celebration at the preschool where we were trying to break open a piñata. Fortunately I was the kid who managed to do it and I assumed it got her attention.”