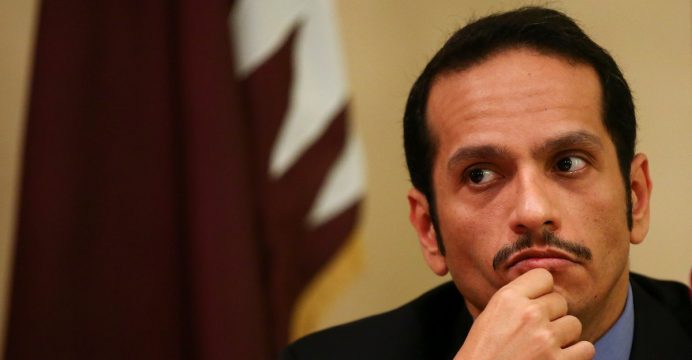 Qatar faces possible further sanctions by Arab states that have severed ties with Doha over allegations of links to terrorism, as a deadline to accept a series of demands is expected to expire on Sunday night with no signs of the crisis ending.

Qatari Foreign Minister Sheikh Mohammed bin Abdulrahman al-Thani said the demands were made to be rejected, adding that the Arab ultimatum was aimed not at tackling terrorism but at curtailing his country’s sovereignty.

But he told reporters in Rome that Doha remained ready to sit down and discuss the grievances raised by its Arab neighbors, reports Reuters.

“This list of demands is made to be rejected. It’s not meant to be accepted or …to be negotiated,” Sheikh Mohammed said in Rome. “The state of Qatar instead of rejecting it as a principle, we are willing to engage in (dialogue), providing the proper conditions for further dialogue.”

He added that no one had the right to issue an ultimatum to a sovereign country.

The feud erupted last month when Saudi Arabia, the United Arab Emirates, Bahrain and Egypt severed diplomatic and travel ties with Qatar, accusing it of supporting terrorism and being an ally of regional foe Iran, charges which Doha denies.

The countries have threatened further sanctions against Qatar if it does not comply with their list of 13 demands which were presented to Doha by Kuwaiti mediators 10 days ago.