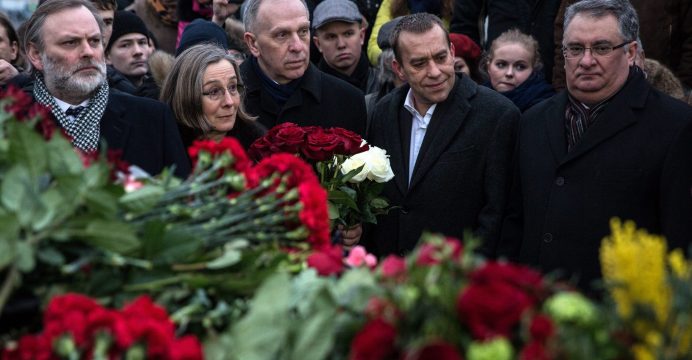 The United States and Britain urged Russia on Friday to bring to justice all those responsible for the murder of opposition politician Boris Nemtsov.

A Russian court on Thursday convicted five men of murdering Nemtsov but allies of the politician have said the investigation was a cover-up and that the people who had ordered his killing remained at large.

“We call once more on the Russian Government to ensure that all involved in the killing of Boris Nemtsov, including anyone involved in organizing or ordering the crime, are brought to justice,” the U.S. State Department said in a statement, calling Nemtsov a “champion of democracy and human rights”.

“The Foreign and Commonwealth Office supports Boris Nemtsov’s family in their call for a fuller investigation into who ordered his murder,” a spokesman for Britain’s foreign ministry said.

“Responsibility for his murder goes further than those already convicted, and we call on the Russian government to bring the perpetrators to account.”

Russia and Britain have repeatedly clashed publicly over Syria, Ukraine and the 2006 London murder of former KGB agent Alexander Litvinenko.

Trump had frequently called during the 2016 U.S. presidential election campaign for warmer ties with Russian President Vladimir Putin, despite criticism from lawmakers in his own Republican Party.

Allegations that Russia interfered in the U.S. presidential election last year and colluded with Trump’s campaign have overshadowed the businessman’s unexpected victory and dogged his first five months in office.

Russia and the United States are also at odds over Ukraine, NATO expansion and the civil war in Syria where Moscow supports President Bashar al-Assad.