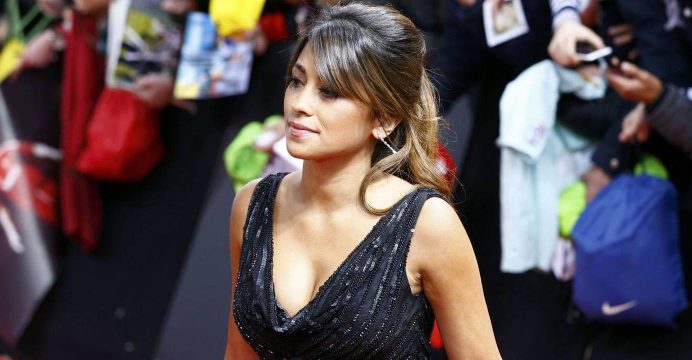 Celebrity magazines have dubbed brunette mother-of-two Antonella Roccuzzo “the first lady of football” her man, Lionel Messi, is widely considered the best player on the planet.

Showbiz and football stars will attend their wedding on Friday in the couple’s hometown of Rosario, Argentina.

But friends here in their home city in northern Argentina insist the two are humble folk who have never forgotten where they come from. Seen as a man of few words, the millionaire Barcelona striker lets his feet do the talking — and his bride in public says even less.

Her family members have also avoided talking to the crowds of reporters who have invaded the city ahead of the wedding.

Roccuzzo’s father Jose is the owner of a chain of local supermarkets, Unico. He was formerly president of a regional supermarket owners’ association.

Apart from that, he is said to be a keen fan of Newell’s Old Boys — Messi’s boyhood club in Rosario.