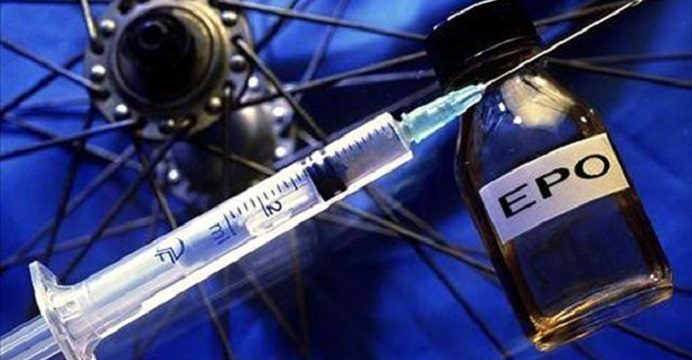 While performance was improved in high-intensity tests, endurance and road race performances were similar for EPO group and placebo.

The double-blind, randomized trial, published in The Lancet Haematology journal, involved 48 well-trained non-professional male cyclists aged 18-50. While no adverse events were recorded, the drug led to elevated levels of hemoglobin and adhesion molecules which could potentially increase the risk of thrombosis.

The authors suggest that the findings go against the claims of great effects found in popular literature, and may reduce the incentives for athletes to use rHuEPO.

Use of performance enhancing drugs is a major problem in many competitive sports and the 2017 prohibited list includes over 300 substances. However, the scientific evidence around these substances is scarce, partly because it is impossible to do trials with professional cyclists who are subject to anti-doping regulation.

rHuEPO is a drug that promotes the production of red blood cells and it is assumed that it will result in increased delivery of oxygen to the muscles and hence improved exercise performance. Most previous studies of rHuEPO involve short (20 mins), high-intensity tests, leading to exhaustion, but there is a lack of studies looking at the effect of rHuEPO on the more relevant endurance race tests.

In this double-blind, randomized trial, half (24) of the participants were given weekly injections of rHuEPO, and a half (24) were given a placebo (saline solution) over 8 weeks. The aim was to increase the levels of hemoglobin in the participants of the rHuEPO group by 10-15% compared to the start of the study. The doses used were consistent with known practices in professional cycling.

The trial involved a series of tests to evaluate different types of performance parameters. The first laboratory, high intensity, test involved a ramp test, where pedaling resistance was increased every 5 minutes until exhaustion (taking between approximately 30-50 minutes). The second test (similar to a time trial) involved a 45-minute endurance test at the highest power output. The final test, 12 days after the final injections, involved an 110km cycle followed by a 21.5 km road race up Mont Ventoux, which often features in the Tour de France race.

Mean hemoglobin concentrations and performance parameters in the high-intensity laboratory test (including maximal power output and maximal oxygen consumption) were higher in the rHuEPO group compared to placebo. Gross efficiency, heart rate, and other respiratory parameters did not differ between groups.

There was no difference in adverse events between the two groups, however, the endothelial function markers E-selectin and P-selectin were significantly increased in the rHuEPO group, potentially increasing the risk of thrombosis.

Mr. Jules Heuberger, lead author, Centre for Human Drug Research, Leiden, Netherlands, says: “The scientific evidence of doping is relatively weak, partly because it is not possible to do trials of performance enhancing drugs in elite athletes who are subject to World Anti-Doping Agency (WADA) regulations. Our study was designed to apply the gold standard of clinical trials to doping research, and we found that while rHuEPO increased performance in a laboratory setting on high-intensity tests, the differences largely disappeared in endurance tests, and were undetectable in a real-world cycling race. While these findings also applied to the highest performing cyclists in our study, the question remains as to whether these findings can be applied to professional cyclists.”

The authors note that although this is a relatively small study, it is larger than much of the published evidence until now. The authors say the study shows that clinical trials on potential doping substances can be achieved and more research could provide clearer information for anti-doping agencies and inform athletes and their medical staff about the risks of doping.