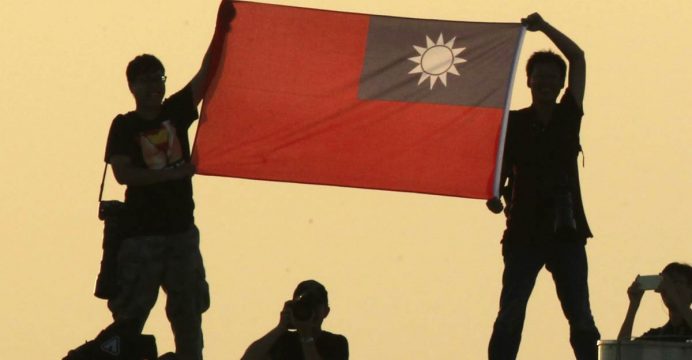 China urged the United States to revoke immediately its “wrong decision” to sell Taiwan $1.42 billion worth of arms, saying it contradicted a “consensus” President Xi Jinping reached with his counterpart, Donald Trump, in talks in April in Florida.

The sales would send a very wrong message to “Taiwan independence” forces, China’s embassy in Washington said in a statement. A U.S. State Department spokeswoman said on Thursday the administration had told Congress of seven proposed sales to Taiwan, the first under the Trump administration, reports Reuters.

“The Chinese government and Chinese people have every right to be outraged,” the embassy said.

China regards self-ruled Taiwan as a wayward province and has never renounced the use of force to bring it under its control. China’s Nationalists fled to the island after losing the civil war with China’s Communists in 1949.

The United States is the sole arms supplier to Taiwan.

“The wrong move of the U.S. side runs counter to the consensus reached by the two presidents in and the positive development momentum of the China-U.S. relationship,” the embassy said.

China’s Defense Ministry said Taiwan was the “most important, most sensitive core issue in Sino-U.S. ties”, warning the United States to end such sales to avoid further damaging peace and stability in the Taiwan Strait.

Trump was critical of China during his successful 2016 presidential campaign but his meeting at his Mar-a-Lago resort in Florida with Xi raised hopes for warmer relations.

Trump later played up his personal relationship with Xi, calling him a “good man”, and stressed the need for China’s help in reining in a defiant North Korea’s development of nuclear weapons and missiles.

China’s anger over the U.S. plan to supply Taiwan with weapons risks undermining Trump’s attempts to press China to help on North Korea.

Beijing’s relationship with Taiwan has been frosty since President Tsai Ing-wen took power in Taipei last year. Tsai leads an independence-leaning party that refuses to recognized Beijing’s “one China” policy.