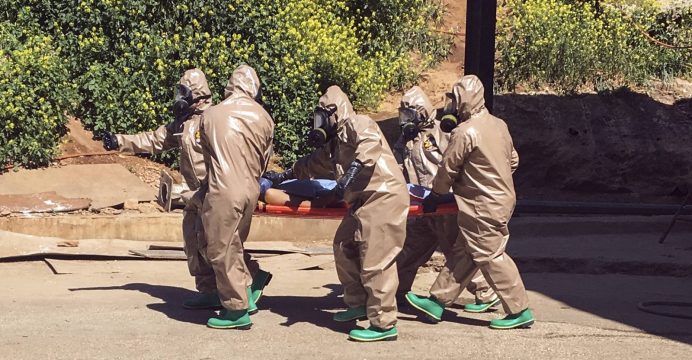 The Syrian government said a U.S. warning this week to Damascus not to carry out a new chemical weapons strike were baseless and a ploy to justify a new attack on the country, state television said.

State television quoted a foreign ministry source as saying Washington’s allegations about an intended attack were not only misleading but also “devoid of any truth and not based on any facts.”

The White House warned Syrian President Bashar al Assad on Monday that he and his military would “pay a heavy price” if it conducted a chemical weapons attack and said the United States had reason to believe such preparations were underway, reports Reuters.