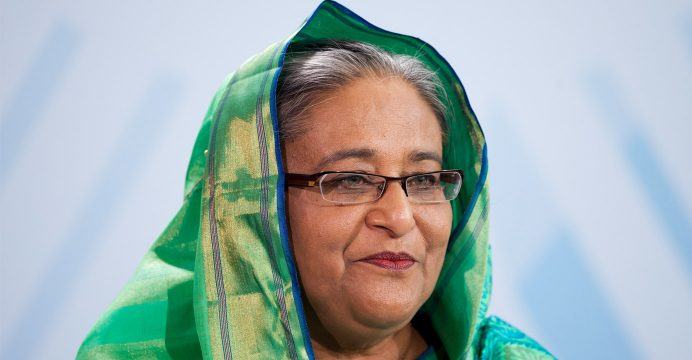 Prime Minister Sheikh Hasina has been featured distinctively in a book unveiled in the USA on Tuesday as one of the 18 current women national leaders of the world, reports BSS.

The prime minister’s photo along with six other world leaders was printed on the cover page of the book “Women Presidents and Prime Ministers”, said a press release of the Bangladesh Embassy in Washington. The author dedicated three pages to characterise Sheikh Hasina’s dedication and hard struggle for the restoration of democracy and voting rights attempts on her life as well as historic achievements as the three-time prime minister of Bangladesh.

O’Brien praised the Bangladesh premier for dedicating herself to making Bangladesh “more stable, more democratic and less violent” referring to her remarks “When I have been able to establish Bangladesh as a poverty-free country, a hunger-free country, perhaps then I may say I am proud”.

The book referred to her family background saying “her father Sheikh Mujibur Rahman was the founding father of the modern Bangladesh state and its first President” and narrated the August 15, 1975 carnage when “only Sheikh Hasina and her sister (Sheikh Rehana) survived”. 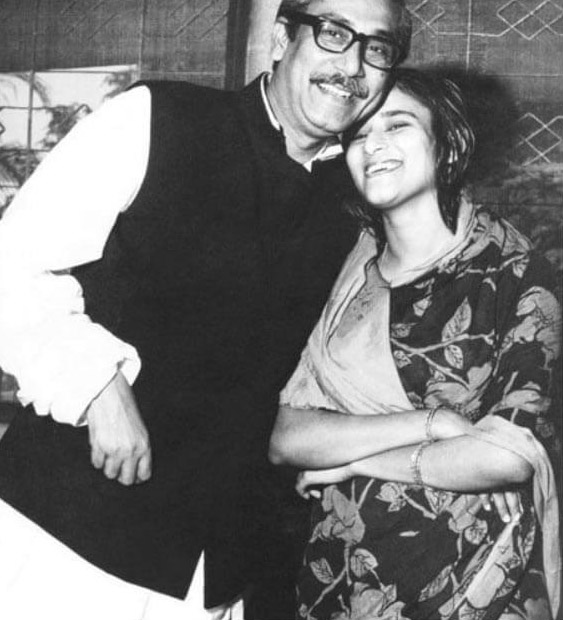 O’Brien recalled that Sheikh Hasina returned home in 1981 from exile when she stood against election fraud and oppression as she was elected to lead the Awami League but faced torture and repression and was put under house arrest in the 1980s.

He said despite being repressed by the then regime, Sheikh Hasina remained so powerful that in 1990 a coup leader stepped down at her insistence, referring to the fall of Ershad regime.

In 2004, the author said, she was targeted in an assassination attempt in Dhaka that killed so many people. In 2007 she was arrested but released in time to stand for election in 2008.

Despite obstacles, he said, Sheikh Hasina and her administration accomplished a number of tasks including groundbreaking “Chittagong Hill Tracts Peace Accord” in 1997, banned the use of landmine and helped chair the “Micro-credit summit”, the important economic movement benefitting women.

He also pointed out Sheikh Hasina’s international recognition for promoting peace and democracy as she was awarded “Mother Teresa Award” and the “Gandhi Award”, Richard wrote.