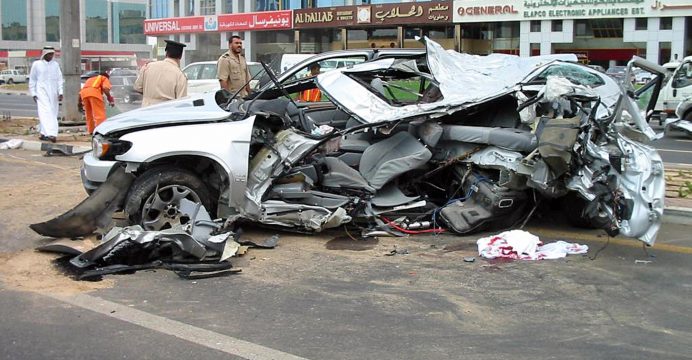 Three Bangladeshi nationals were killed and several injured in a road accident as two cars collided on Abdali-Jahra road in Kuwait on Monday afternoon (June 26).

Confirming the matter to Banglanews, deceased Abu Bakar’s wife Saleha Begum said all of them were employees of a company called Marafi Kuwaitia.

The accident took place around 4:00 pm Monday as they, along with 19 others Bangladeshi expatriates, were returning home from workstation leaving one person dead on spot and two others at hospital, she added.