Roger Federer and Rafael Nadal have shared the grand slam spoils this year and it would take a hard heart not to hope for a fairytale rematch next month of their epic 2008 Wimbledon final.

Federer, 35, prevailed in their five-set battle in Australia to win a record-extending 18th slam, but sat out the claycourt season in which Nadal, 31, made his own history by winning a 10th French Open title — ‘La Decima’ — and 15th slam.

The match, at four hours and 48 minutes, is still the longest final in Wimbledon history. It was hailed by pundits, players and fans alike, with seven-time grand slam champion John McEnroe describing it as the greatest match he’d ever seen. 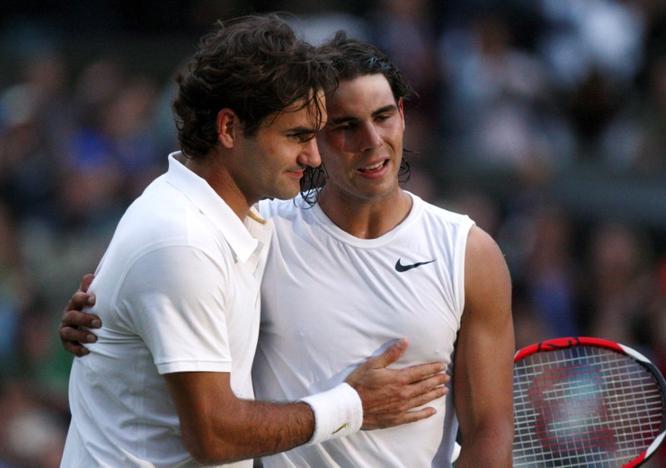 The Wimbledon seedings, to be confirmed on Wednesday, and Friday’s draw will determine whether the titans could meet on Centre Court in the final of the tournament, which runs from July 3 to 16, for the first time since that tussle.

But for those who believe in omens, Nadal, then all pirate swagger with his long shorts, long hair and sleeveless shirts, won the 2008 Wimbledon title after annexing the French Open without dropping a set — a feat he repeated earlier in June.

Nadal, the world number two, pulled out of the traditional grasscourt warm-up tournament, the Aegon Championships at London’s Queen’s Club, to rest up for his challenge for a third Wimbledon title while preparing in his native Mallorca.