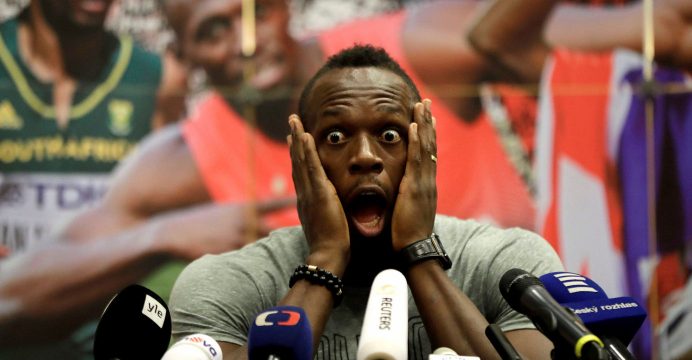 As Usain Bolt deals with the emotions of closing the curtain on his record-breaking career, one thing that won’t trouble him as he prepares for his ninth and final appearance at the Ostrava Golden Spike meeting is the heat, he said on Monday, reports Reuters.

The multiple Olympic and world gold medalist joked that sweltering temperatures and sunshine in the Czech Republic feels more like home in Jamaica as he prepares to compete in the 100 meter race on Wednesday.

“I am happy that I got to come here, it’s one of my favorite meets, and to be here for the last time, it’s a great feeling,” the 30 year-old told a news conference broadcast live on the event’s Facebook page.

“For me the weather stands out… I am shocked that it’s so warm, I guess I brought some sun from Jamaica.” 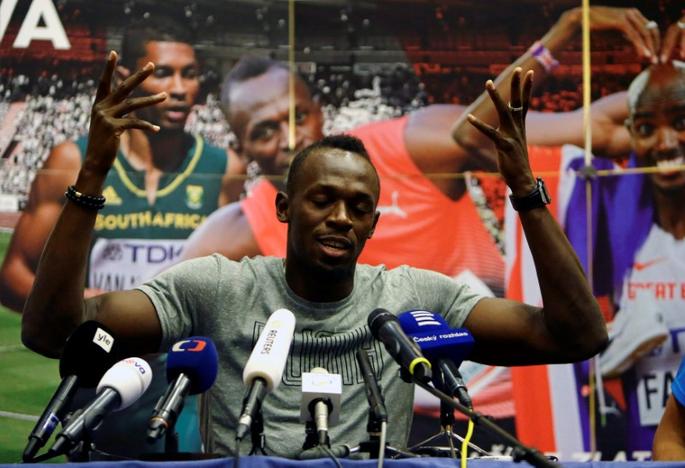 The double sprint world record holder, who has amassed eight Olympic golds and 13 world championship medals, will take his final bow in August in London, where he will only run the shorter sprint despite having a wild card for the 200 meters.

But Bolt confirmed he would not run the 200 meter event in London and said he had no regrets about stepping aside as his glittering career winds down.

“For me now, I’ve done everything I wanted to, now it’s coming to an end and I am fine with it, definitely looking forward to coming back to Ostrava, and just watch, to be part of the crowd, to see the younger generation coming up,” Bolt said.