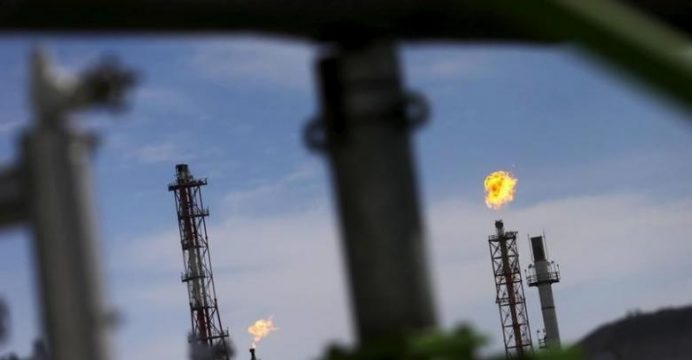 Thirty percent of investments planned by oil and gas majors over the next decade could be wasted if the world economy retools to cap global warming at two degrees Celsius, researchers warned on Wednesday. The 2C (3.6 degrees Fahrenheit) target is the cornerstone of the 196-nation Paris Agreement, inked in 2015.

Projects worth $2.3 trillion (two trillion euros) could become unprofitable as energy shifts toward renewables and if fossil fuel prices stagnate, according to an analysis of investment budgets for 69 publically traded oil and gas companies, reports BSS.

Some players will be more exposed than others, said the report, “Two degrees of separation: Transition risk for upstream oil and gas in a low-carbon world.”

Up to 50 percent of ExxonMobil’s proposed capital expenditure to 2025, for example, is allocated to uneconomical projects likely to disappoint shareholders, the researchers concluded.

Shell, Chevron, Total and Eni were found to have put 30 to 40 percent of future spending at risk, about average for the companies examined.

At the other end of the scale, 14 companies — including state-owned giant Saudi Aramco — were seen as well-aligned with the 2C scenario.

“This report is a real game-changer for the future of corporate-investor engagement,” said Nathan Fabian, director of policy & research at PRI, a UN- backed network of investors who oversee $62 trillion (56 trillion euros) in assets.

“Investors in oil and gas companies have been in the dark about their exposure to climate risk — now they will be able to confront companies with precise information.”

PRI produced the report in collaboration with Carbon Tracker, a financial think tank that assesses the impact of climate change on capital markets and investment.

Major energy companies are already under growing pressure from investors to explain how global warming — and the shift to a low-carbon economy — will affect their bottom lines.

Last month, three-fifths of ExxonMobil shareholders defied the board and voted for the company to report annually on how new technology and 2C policies will affect business and investment plans.

“There are clear signs that oil demand could peak in the early 2020s, so companies need to start taking options that would come on stream then off the table,” said James Leaton, Carbon Tracker’s research director.

“Sticking with the growth-at-all-costs scenario just doesn’t add up for shareholder value when policy and technology are heading in the opposite direction.”

The task force has already called for the disclosure of climate-related impacts and risks, and strategies to confront them — backed by metrics and targets.

The Carbon Tracker report on investment risk in the fossil fuel industry looks at oil and gas production to 2035, and capital investment to 2025.

The proposed projects would generate 380 billion tons of CO2 — 60 percent from oil, 40 percent from gas — by 2035, exceeding the fossil fuel “carbon budget” consistent with a 2C cap on global warming.

Companies will need to knock off at least 60 billion tons of that total for the world to have a 50/50 shot at a 2C world.

“Some companies have to reconsider their business strategy,” they said.

ExxonMobil, Total, Eni and Shell are all involved in the single biggest uneconomic asset flagged by the report, the $33.5 billion (30 billion euro) Kashagan Phase 2 project in Kazakhstan. Analysts estimate it would require oil prices of at least $110 a barrel to break even. London Brent crude closed at just over $45 (40 euros) a barrel on June 21.