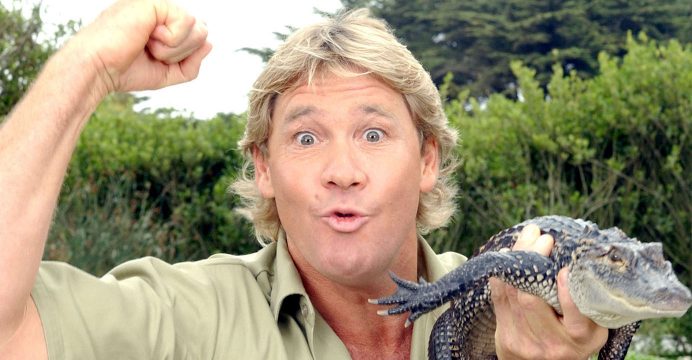 Ten years after his tragic death, Australia’s most famous wildlife conservationist “Crocodile Hunter” Steve Irwin will be honoured with his own star on the Hollywood Walk of Fame.

Irwin, who was fatally stabbed by a stingray’s barb at the age of 44, was renowned for his daring antics, and unwavering commitment to environmental protection, which saw him rise to international fame and amass millions of fans worldwide.

However, his wife Terri Irwin told reporters that although she was delighted by the news that her late husband will receive his own star, fame and celebrity status weren’t important to the wildlife activist, whose priority was saving the environment.

“Steve always said that he didn’t care if anyone remembered him, as long as they remembered his message,” Terri Irwin said on Friday.

“I truly believe that this recognition for Steve’s achievements will ensure that his message of wildlife conservation is remembered.”

His 18-year-old daughter Bindi Irwin tweeted a childhood image of herself with her father, alongside the message that she was “beyond excited” about the news, and said that today marked an “extraordinary moment” for her family, who remain committed to continuing her “dad’s legacy and all that he achieved for global conservation”

“Dad (Irwin) changed the world by reaching out to people through their television screens to bring them on the adventure of a lifetime,” she said.

“To have his name on a Hollywood Star means the world, as we carry on his important work.”