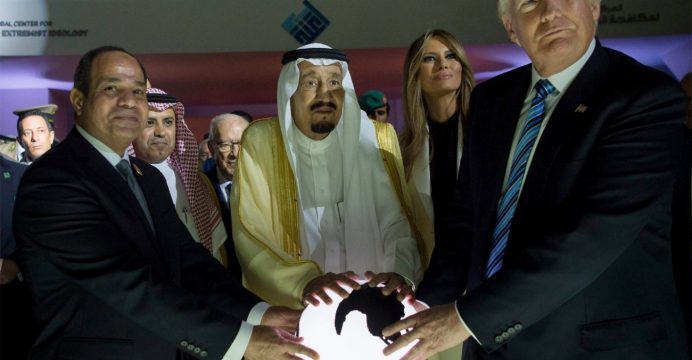 Saudi Arabia’s King Salman made his son next in line to the throne on Wednesday, handing the 31-year-old sweeping powers as the kingdom seeks a radical overhaul of its oil-dependent economy and faces mounting tensions with regional rival Iran.

Although Mohammed bin Salman’s promotion to crown prince had long been expected among those who follow the royal family closely, the timing was a surprise and puts the kingdom’s future in relatively untested hands.

Mohammed bin Salman replaces his cousin, Prince Mohammed bin Nayef, a veteran security chief who led the Saudi campaign against Islamic State and al Qaeda, at a time when Riyadh faces tensions with Qatar and Iran and is locked into a war in Yemen, reports Reuters.

His appointment may make Saudi policy more hawkish against arch-rival Iran and other Gulf rivals such as Qatar, increasing volatility in an already unstable region, analysts said.

“Under his watch, Saudi Arabia has developed aggressive foreign policies (Yemen, Qatar) and he has not been shy about making strong statements against Iran,” said Olivier Jakob at Switzerland-based oil consultancy Petromatrix.

“It is not really a question of if, but rather of when, a new escalation with Iran starts.”

U.S. President Donald Trump, who last month made Saudi Arabia his first foreign stop since his election, telephoned Mohammed bin Salman to congratulate him on his promotion.

“The two leaders discussed the priority of cutting off all support for terrorists and extremists, as well as how to resolve the ongoing dispute with Qatar,” the White House said in a statement, adding they also discussed efforts to achieve a lasting peace between the Israelis and the Palestinians.

Qatar’s Emir Sheikh Tamim bin Hamad al-Thani congratulated Prince Mohammed, in a conciliatory gesture to Riyadh after it joined other Arab states in imposing sanctions on Qatar over its alleged support for terrorism.

“His Highness (Sheikh Tamim) wished him success … for the good of the kingdom under the wise leadership of the Custodian of the Two Holy Mosques,” Sheikh Tamim said in a message to Prince Mohammed, Qatar state news agency QNA reported.

Its leadership was critical of comments he made last month that the “battle” should be taken into Iran, with Supreme Leader Ayatollah Ali Khamenei labeling Saudi leaders as “idiots”.

Iran, which is predominantly Shi’ite Muslim, and Saudi Arabia, which is mostly Sunni, compete for power and influence across the region. The two countries support opposite sides in the conflicts in Syria and Yemen.

Analysts said the prince’s rapid rise has created friction within the ruling family, however, and made Saudi policy less predictable than in recent decades.