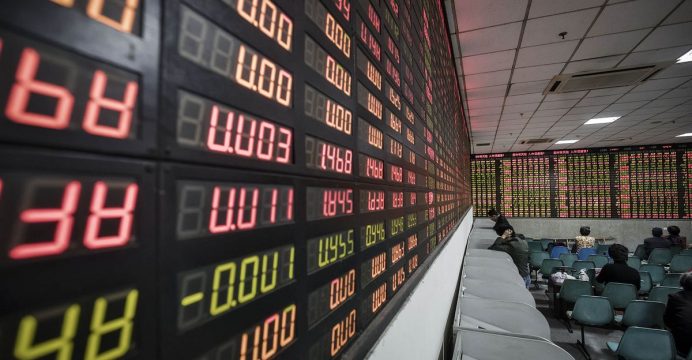 China shares get MSCI nod in landmark moment for Beijing

China’s stocks took a major step toward global acceptance on Wednesday, finally winning a long campaign for inclusion in a leading emerging markets benchmark, in what was seen as a milestone for global investing.

U.S. index provider MSCI said on Wednesday Hong Kong time it would add a selection of China’s so-called “A” shares to its Emerging Markets Index .MSCIEF after having rejected them for three years running.

In the broader overhaul, MSCI surprised many investors by failing to upgrade Argentina from the frontier market category where it has languished in recent years, but said it would consult investors about adding Saudi Arabia to the benchmark, reports Reuters.

Inclusion in the index marks a key victory for the Chinese government, which has been working steadily over the past few years to open up its capital markets, investors said.

“Given the size and importance of China as an economic superpower, I think this is a historic moment,” Kevin Anderson, senior managing director of State Street Global Advisors and head of investments in the Asia Pacific region told Reuters.

“It’s a long-awaited and much-debated decision in the past, and I think it’s more than symbolic as it will create additional flow of capital and potentially a new segment of institutional investors in the China market.”

Traders said MSCI’s widely expected “Yes” decision had been largely priced in, with the announcement triggering some profit-taking in blue chips, which are no longer cheap after strong rallies this year.

Shanghai shares .SSEC opened just 0.3 percent higher, dipped into negative territory, and then rallied to end the day up 0.5 percent. The blue-chip CSI300 Index .CSI300 shook off early profit taking to finish up 1.2 percent at its highest close in 1-1/2 years.

MSCI has been in discussions with Chinese regulators and global investors for four years over whether to add yuan-denominated shares to the Emerging Markets Index – tracked by around $1.6 trillion in assets – but excluded them because of restricted access to China’s equity markets.

On Wednesday, the company said China had made enough progress in opening up its markets for MSCI to add a selection of 222 large-cap stocks.

The stocks, which would represent a weighting of just 0.73 percent in the benchmark, will be included via a two-phase process in May and August next year.

The move will see around $17 billion to $18 billion of global assets move into Chinese stocks initially, MSCI executives told reporters, adding that over the long term the full inclusion of the China market could see more than $340 billion of foreign capital flow into the country.

Sebastien Lieblich, global head of index management research at MSCI declined, however, to provide a likely timeline for the full inclusion of “A” shares, saying it would depend on continued progress on China’s reform agenda.

MSCI, he noted, would like to see China further relax controls on repatriating capital out of the country, and act to curb frequent share suspensions.

“It’s really in the hands of the Chinese stakeholders, they are dictating the timing. It’s very difficult for us to articulate any type of timeline with respect to further inclusion,” Lieblich told reporters.