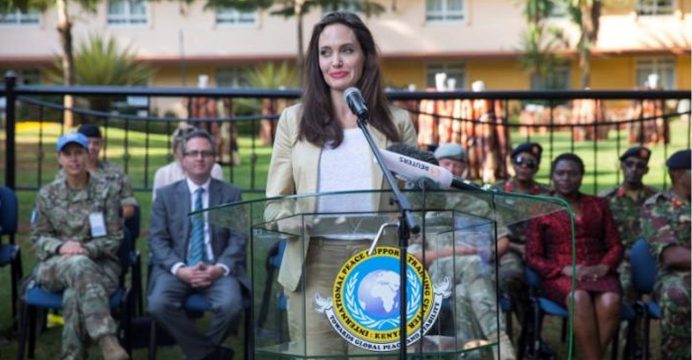 The Hollywood star visited at least 20 of girls in a safe house in the Kenyan capital, Nairobi. They had fled conflict in the Democratic Republic of the Congo, South Sudan, Somalia, Burundi and Rwanda, UNHCR said in a statement.

It said almost all had experienced sexual and gender-based violence and many had given birth after being raped or were pregnant. 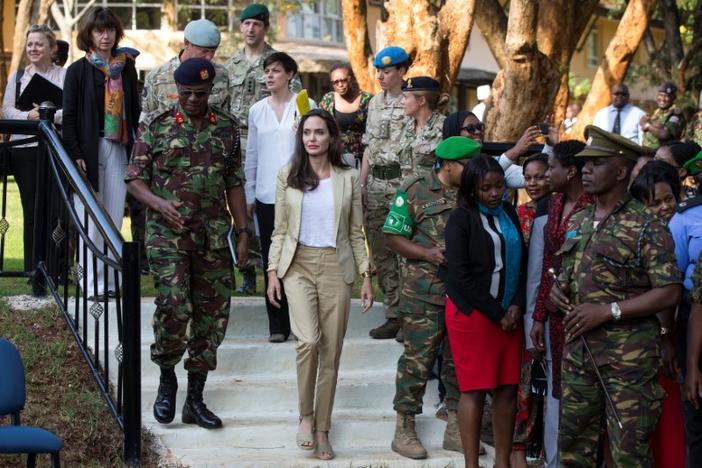 “The role of sexual violence is compounded when it is carried out by someone in uniform who has taken an oath to protect,” Jolie said.

“So it is a responsibility of those who wear uniform to take the lead now by correcting from within, setting an example astepping forward with new commitments.”

The UNHCR says Kenya hosts some 491,000 refugees, of which 101,713 are from South Sudan, which the U.N. has said is the world’s fastest growing refugee crisis.