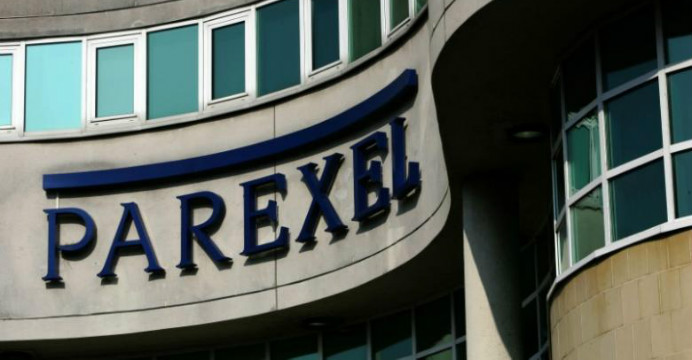 Parexel International Corp to be taken private by Pamplona Capital Management LLP in a $4.5 billion deal

Activist investors, including Starboard Value LP, have put pressure on Parexel to explore a sale, arguing that the company’s profit margins have consistently lagged those of its peers, reports Reuters.

Pamplona will pay $88.10 per share in cash for Parexel, representing a 5 percent premium to the stock’s Monday close. Parexel’s shares were trading at $87.67 before the bell, just shy of the offer price.

The stock has jumped more than 20 percent since the first report of a potential sale appeared in May. Including debt, the deal is valued at $5 billion.

Headquartered near Boston, Massachusetts, Parexel provides a range of services to the pharmaceutical industry, ranging from drug development and regulatory consulting to clinical pharmacology, clinical trials management and reimbursement.

The company focuses on cancer drug research and has a platform for so-called “real-world” data, which can be used to assess the economic value of medicines and is sought after by drug makers looking to justify their prices to health insurers.

Pamplona had been scouring the market in the last year, seeking to acquire a contract research organization. It made an unsuccessful bid earlier this year for Pharmaceutical Product Development LLC (PPD), a U.S. clinical trials firm valued at more than $9 billion.

The contract research industry has been undergoing a wave of consolidation as pharmaceutical companies cut costs, reduce clinical trial times and expand their research and development presence around the world.

Deal-making also allows companies to profit from economies of scale, as they seek to boost their real-world data gathering capabilities.