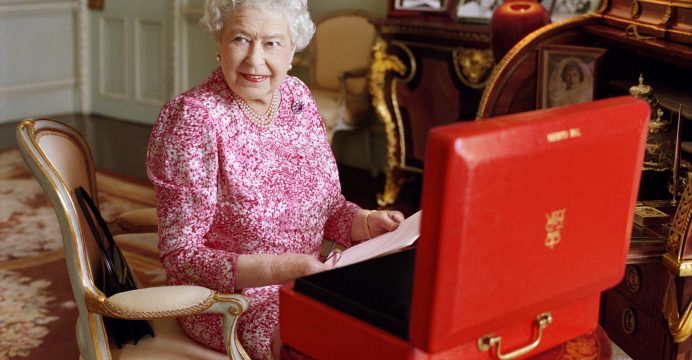 The queen’s birthday message is absolutely heartbreaking this year

The Queen’s Birthday message reflects on a ‘sombre national mood’ following a number of ‘terrible tragedies’ in the country. And she says although ‘united in our sadness, we are equally determined’ as a nation.

Her announcement came after a fire in Grenfell Tower, west London. The blaze broke out at the 24-storey block shortly before 1am on Wednesday.

The death toll stands at 30, but this is expected to rise as searches are carried out.

All floors of the building were engulfed in flames and it took more than 200 firefighters 24 hours to bring it under control.

In a statement, The Queen, said:

Today is traditionally a day of celebration. This year, however, it is difficult to escape a very’ sombre national mood. In recent months, the country has witnessed a succession of terrible tragedies.

As a nation, we continue to reflect and pray for all those who have been directly affected by these events. During recent visits in Manchester and London, I have been profoundly struck by the immediate inclination of people throughout the country to offer comfort and support to those in desperate need.

Put to the test, the United Kingdom has been resolute in the face of adversity. United in our sadness, we are equally determined, without fear or favour, to support all those rebuilding lives so horribly affected by injury and loss.

The Queen has been praised for her duties as she met residents of Grenfell Tower and the hero firefighters who were on the scene.

Her message also refers to recent terror attacks: Westminster Bridge on March 22, where five innocent people died; Manchester Arena on May 22, which left 22 people dead and London Bridge/Borough Market, in which eight people died on June 4.