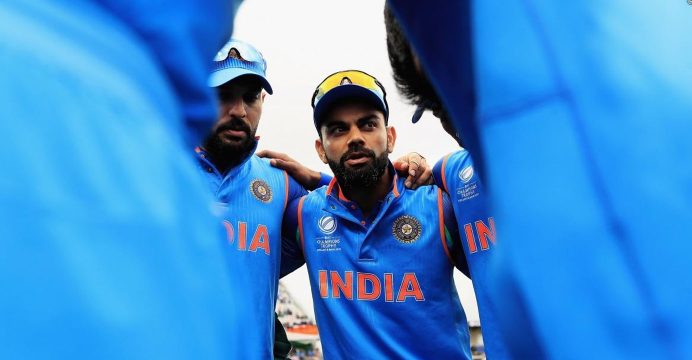 India captain Virat Kohli said staying “close to reality” was the best way to carry the hopes of a cricket-crazy nation heading into a Champions Trophy final against arch-rivals Pakistan.

Sunday’s showpiece match at the Oval in London is a 24,500 sell-out, with millions more around the world expected to watch the high-profile match.

Reigning champions India are the favourites, having launched their title-defence with a 124-run thrashing of Pakistan at Birmingham’s Edgbaston on June 4.

A lone loss to Sri Lanka apart, India have been in commanding form.

Kohli’s own performances at the Champions Trophy have seen him return to the top of the one-day international batting rankings.

His four innings, including three not outs, have left him with a colossal tournament batting average of 253 heading into the final.

Kohli already has 27 ODI centuries to his name, with a career strike-rate in excess of 91, and such has been the passionate drive with which he has led India that his fortunes and those of the team as a whole now seem indivisible.