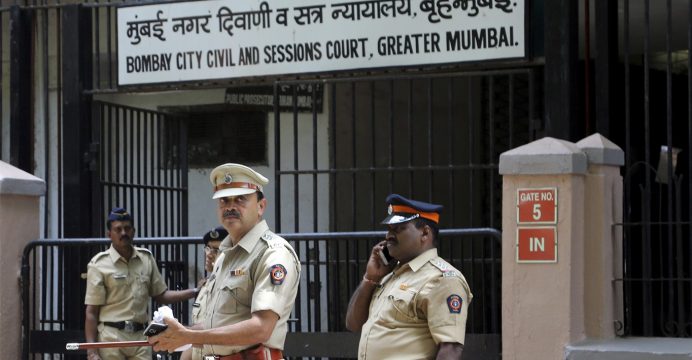 An Indian court on Friday found six men guilty of involvement in a series of blasts in the city of Mumbai in 1993 that killed 257 people and wounded 800, the latest in scores of convictions related to India’s most deadly bombings.

The special anti-terrorism court said the six had transported weapons and planted bombs, which targeted landmark buildings in the financial hub, including the main stock exchange.

A seventh man was acquitted on a lack of evidence.

Investigators had said the bombs were ordered by India’s most-wanted man, gangster Dawood Ibrahim, to avenge the demolition of the historic Babri mosque in north India by Hindu hardliners in 1992, during a period of religious conflict.

Arguments to decide on the sentences will begin on Monday, said Deepak Salvi, special prosecutor for the Central Bureau of Investigation, India’s federal police, who said he would seek the maximum penalties available for each of the convicted men.

The maximum penalty is death.

“It’s a victory for the CBI, Mumbai police and the people of India who trust in justice,” Salvi told Reuters.

Legal proceedings against those accused of being involved in the bombings have resulted in more than 100 convictions, most of which are still winding their way through the legal system because of appeals and commutations of sentences.

One suspect in the case, Yakub Memon, was hanged in 2015.

Several people suspected to have been involved in the bombings have yet to be arrested, including Ibrahim, who is believed to be hiding in Pakistan. Pakistan denies that.