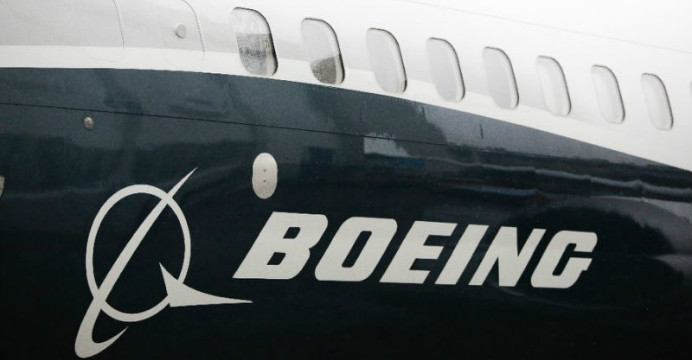 The aircraft industry descends on Paris Monday for the world’s biggest airshow, a prime battleground for bitter rivals Boeing and Airbus, but also a chance for new kids on the block to snap at the heels of the two giants.

Single-aisle planes for short and medium distances are the hottest ticket in the world’s civil aviation industry, with airline demand for models in the Airbus A320 family giving the European company an edge, for now, over its American opponent which is racing to return in force to the mid-range segment, reports BSS.

But the duopoly is not without challengers: Competition is looming, notably from Russia and China who have each been test-flying their own mid-range models.

The airshow comes a little too early for either Russia’s Irkut, with its MC- 21, or China’s Comac, with the much-flagged C919, to be able to showcase their aircraft there, but both will leave little doubt that they expect to win a big slice of the aviation pie in the future.

Boeing, meanwhile, is to showcase the 737 Max 9 model as its anti-Airbus weapon in a market segment where the capacity to squeeze a few more seats into a narrow-body cabin while eking out increased fuel efficiency over greater ranges is key.

Airbus’s biggest-capacity member of the mid-range family, the brand new A321neo, is able to fit in 236 seats in an all-economy class version. Low-cost airlines are eyeing the aircraft to break into transatlantic routes.

Coming up next from Boeing is the 737 Max 10 which is to match that capacity, while also being lighter and cheaper, the plane maker has said. Test flights have been completed and Boeing is now talking to customers about ordering the Max 10.

“This airplane would give airlines increased capacity and the lowest seat costs ever for a single-aisle airplane,” said Randy Tinseth, vice president for Boeing Commercial Airplanes.

“Simply put, the 737 MAX 10X would be the most profitable single-aisle airplane the industry has ever seen,” he wrote in a blog entry.

Airbus will also showcase its new long-haul model A350-1000 and Boeing its 787-10 Dreamliner while Ukraine’s Antonov will present its 132 D.

While new civilian aircraft orders will probably fall short of the $130 billion the Paris show clocked up last time — mostly thanks to booming orders for Boeing and Airbus — the industry is still optimistic about sustained long- term growth.

Airbus said earlier this month it expects the market for large passenger planes to more than double in the next 20 years driven by growth from Asian markets.

Raising its previous forecasts for the next two decades, the European aircraft maker also said a slowdown in orders over the past several months did not signal a drop in the market.

The planemaker predicts the need for 35,000 new planes worth $5.3 trillion over the next two decades, an increase from last year’s estimates.

Airbus earlier warned it expected slow orders this year and perhaps next year, too, but said it was a normal part of the business cycle.

The biennial Paris Airshow, which runs to June 25, is expected to attract 150,000 industry professionals from 2,370 companies.

There will also be some 200,000 regular visitors, many of whom will come especially for spectacular displays of supersonic military hardware as fast combat planes break the sound barrier.

One star performer will be Lockheed Martin’s F-35A new generation fighter jet, scheduled to sortie on demonstration flights during the airshow.