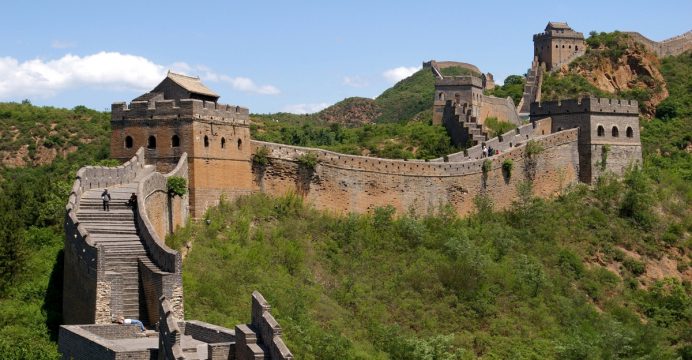 At one of the most treacherous and least restored stretches of China’s Great Wall, a line of pack mules halted upon emerging from the gloom of a dense forest draped in mist and dew.

Laden with 150 kg (330 pounds) of bricks each, the seven animals finally got moving in response to the coaxing and swearing of their masters, eager to gain altitude before the sun climbed high in the sky.

For more than a decade, mules have been crucial in the effort to restore Jiankou, a serpentine 20-km (12-mile) section of the wall about 70 km (44 miles) north of central Beijing that is notorious for its ridges and perilous slopes.

“The path is too steep and the mountains are too high, so the bricks can only be transported by mules,” said local mule owner Cao Xinhua, who has worked on Great Wall restoration projects in the mountains north of Beijing for 10 years, reports Reuters.

Where they could, workers used the original bricks that had broken off the wall over the centuries. When they found none, they used new bricks made to exacting specifications.

“We have to stick to the original format, the original material and the original craftsmanship, so that we can better preserve the historical and cultural values,” said Cheng Yongmao, the engineer leading Jiankou’s restoration.