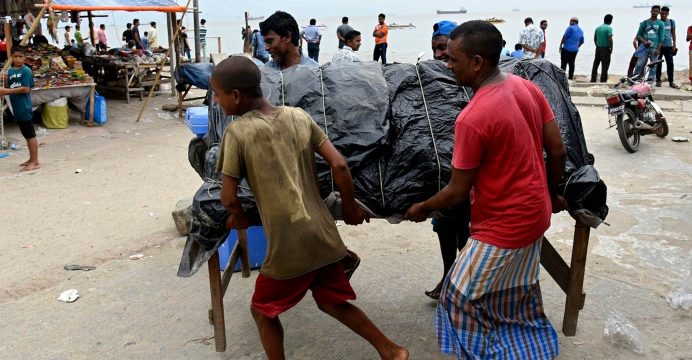 Bangladesh, Myanmar got US$100,000 cyclone relief from Singapore Red Cross

The Singapore Red Cross (SRC) has contributed US$100,000 for those affected by Cyclone Mora in Bangladesh and Myanmar, SRC said in a media release.

The humanitarian organisation said it has contributed US$50,000 to the Bangladesh Red Cross to provide aid such as food, shelter, water and sanitation for 50,000 victims of the cyclones.

Cyclone Mora made landfall in Bangladesh on May 26 and has affected 3.3 million people thus far. Severe storms and landslides have worsened the situation in eight districts, SRC said.

The cyclone has also hit Myanmar, where it damaged the roofs of hundreds of homes, buildings and schools. “SRC provided US$50,000 to Myanmar Red Cross for the purchase of tarpaulins, CGI sheets, student and teacher kits for those affected in Myanmar. This is particularly important with the reopening of schools for the new term,” it said.

SRC said its disaster responders are also on stand by to be deployed to affected areas.