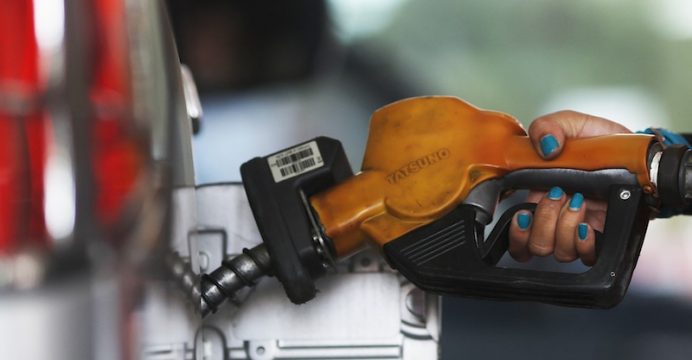 Falling US gasoline prices drove inflation and retail sales down in May, defying expectations and raising more questions about the economy and the pace of interest rate increases this year.

But analysts said the latest economic data created fresh doubts about whether the Fed would raise rates for a third time later this year.

The Consumer Price Index, which tracks changes in the cost of household goods and services, declined 0.1 percent compared to April, largely driven by 6.4 percent drop in the cost of fuel at the pump, according to the Labor Department report.

Analysts said the Fed would be undeterred in raising rates for the second time this year at this meeting, but the weaker May numbers likely undermine the justification for another increase this year.

Fed futures markets on Wednesday showed the chances of another increase before the end of the year, which had been seen as highly likely in September or December, had fallen below 50 percent.

The data “won’t stop the Fed hiking today, but if this trend continues through the summer then the next hike, which we have been expecting in September, will be delayed,” Ian Shepherdson of Pantheon Macroeconomics said in a note to clients.

Excluding the food and fuel categories, which can see big swings from month to month, “core” CPI rose 0.1 percent, the third month in a row this closely- watched data point has come in below expectations.

The headline CPI for the 12-months through May fell below the Fed’s two percent target to 1.9 percent last month, continuing a steady decline since February.

And the 12-month core, which has been falling since January, slipped another two-tenths to 1.7 percent, putting the measure back to where it was two years ago.

Falling prices were widespread, with declines recorded for air fares, which were down a sharp 2.9 percent, as well as medical services, clothing and new and used cars.

Nevertheless, James Bohnaker of IHS Markit said seasonal factors likely exaggerated the effect of falling energy prices on overall inflation because gasoline prices typically rise in the spring, ahead of the US driving season.

“The gasoline pump drop was an artifact of crude prices softening,” he wrote in a research note. “So this decline will not likely be repeated in June.”

Within the retail report, sales were down 0.3 percent even after excluding the more volatile food and auto categories, the first decline for the core measure since August.

Car sales remained sluggish for the month, falling 0.2 percent in May, while electronics and appliance sales saw their largest monthly decrease in more than seven years, plunging 2.8 percent and gasoline stations saw sales drop 2.4 percent, the biggest decline since February of last year.

The shift towards internet retail continued apace, with department stores declining a full percentage point while “non-store” retailers soared another 0.8 percent for the month.

Restaurants and bars also saw a 0.1 percent decline in May.  American consumers forked out $473.8 billion in the month, 3.8 percent above May of last year.

Despite the weak report, analysts noted that April’s sales numbers were revised significantly upward, especially in the “control” group of goods, which excludes gasoline, cars and building materials.

“In terms of quarterly growth, the upward revision to April outweighs the downside surprise in May,” said Chris Low of FTN Financial.

Even so, “The revision does not change the fact sales are clearly trending slower this year.”